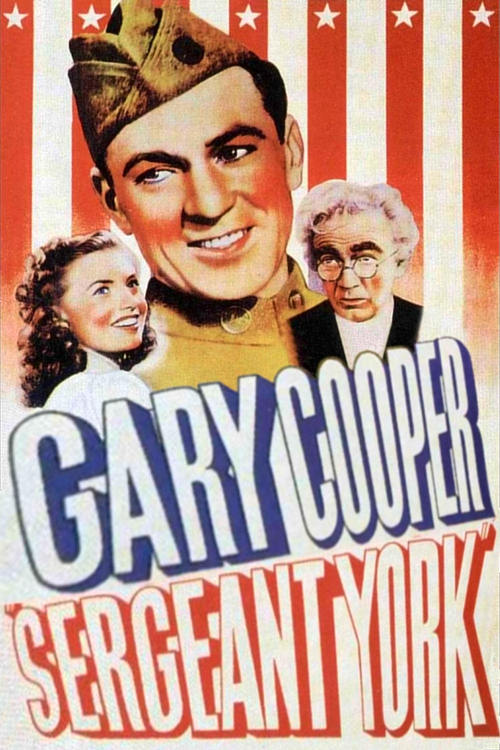 This incredible but true story concerns wild, hard-drinking Tennessee country farmer and crack shot Alvin York (Cooper), who finally gets religion through a freak accident. When called to serve in the First World War, his faith tells him to become a conscientious objector, but ultimately Alvin is forced to go overseas to fight. There, his marksmanship and gallantry help him kill, wound or capture over 100 German soldiers virtually single-handedly, making him the most famous and decorated enlisted man in the army.

Hawks's timely patriotic biopic of this virtually forgotten hero provided Cooper with another seminal role (he won the Oscar, beating out Orson Welles in "Citizen Kane," among others), and helped to prepare our nation for the next impending world conflict. Prolific character actor Brennan (Oscar-nominated as well) excels as Alvin's plain-spoken pastor, and ingénue Leslie makes an adorable love interest. A truly amazing story, unfolding on-screen with Hawks's customary subtlety and skill. Don't forget to salute this "Sergeant."