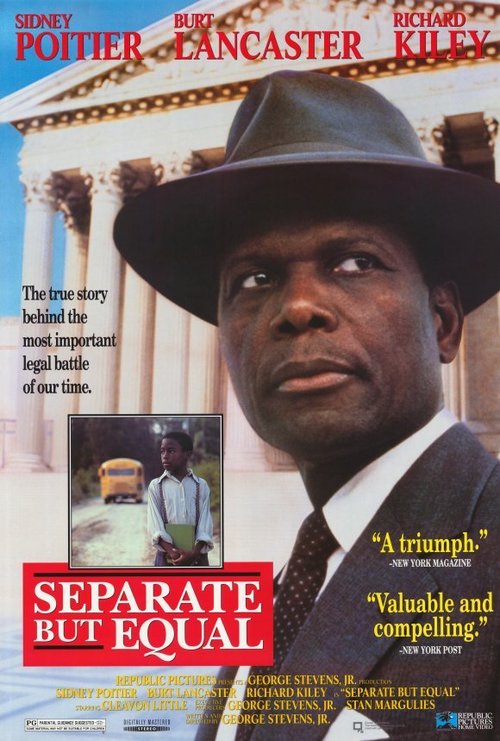 In this recounting of events leading to the Supreme Court's 1954 landmark ruling on school desegregation, Sidney Poitier stars as Thurgood Marshall, the future Supreme Court Justice who, on behalf of a small black community in South Carolina, squares off against John W. Davis (Lancaster) in the courtroom of Chief Justice Earl Warren (Kiley).

Originally a TV movie aired in two parts, this Emmy-winning film should be required viewing for kids age 12 and up. Poitier is perfectly cast as Marshall, who in 1950 was lead attorney for the struggling, undermanned N.A.A.C.P. Featuring a mellow Lancaster in his final role and a memorable supporting turn by Kiley as Earl Warren, "Separate" is an invaluable rendering of an historic moment in our country's evolution. Sidney does Mr. Marshall proud.