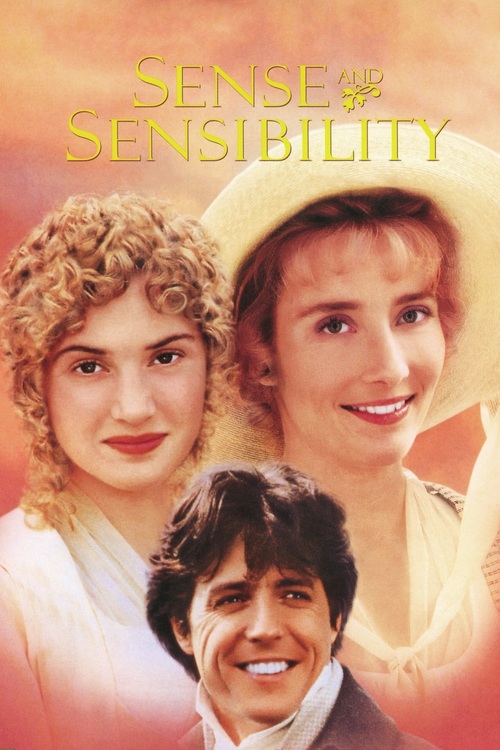 An enchanting portrayal of two sisters' circuitous routes to love, this superior adaptation of Jane Austen's 1811 novel concerns the fate of pragmatic Elinor (Thompson) and brassy Marianne (Winslet), left penniless and disinherited when their father dies. Elinor secretly falls for a well-mannered bachelor, Edward Ferrars (Grant) — previously engaged, as it were — while Marianne pursues womanizer John Willoughby (Wise). The outcome is anything but predictable.

Ang Lee's first English-language film, "Sense" is a vivid period drama, intelligent and involving, and benefitting from Austen's skewering of English social mores, gossip, and materialism. Young Winslet is striking in a fiery, star-making turn, more than holding her own beside the gifted and appealing Thompson (who also wrote the screenplay — and got the Oscar for it!).