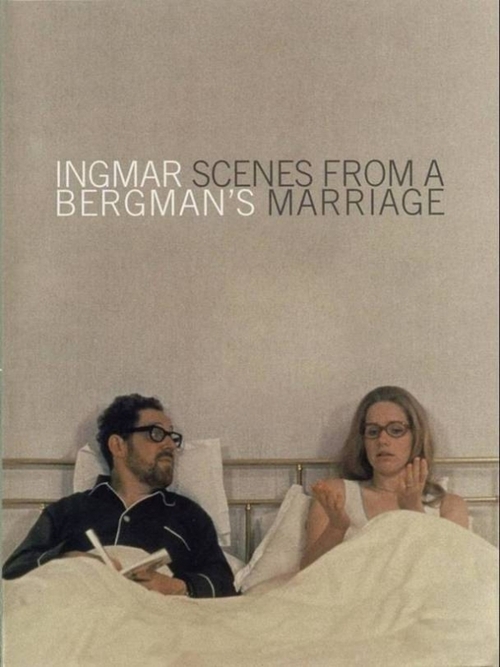 Scenes from a Marriage

This intense drama examines the abrupt dissolution of what first appears like a stable, successful marriage between Marianne (Ullmann) and Johan (Josephson), then tracks their ensuing contacts and evolving relationship with the passing years. Originally a mini-series in Sweden, it was cut down to three hours for theatrical release.

"Scenes from a Marriage" is Bergman's ambitious, profound chronicle of love, selfishness, regret and missed connections that often characterize matrimony; and indeed, male-female relations in general. Long and demanding, but richly rewarding, the film's impact lies less in its portrayal of a subtly stagnating union than in the nuanced nature of the couple's interactions after the marriage is over. An Ingmar peak. Stay with this — it's worth it.