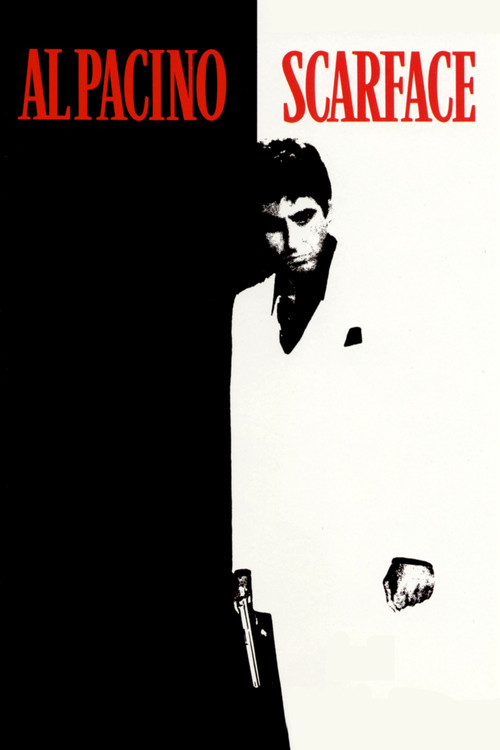 Arriving in Miami, Cuban immigrant Tony Montana (Pacino) is broke, but has big plans. When he and his friend Manny (Bauer) go to work for drug dealer Frank Lopez (Loggia), Tony’s boldness and drive are quickly noticed. Soon even Frank feels threatened by his associate’s take-no-prisoners approach, and decides to retire him — only the tables get turned, and suddenly Tony’s the man on top. Under his leadership, the cocaine trade booms, and he reaches the pinnacle of success. Still, there are warning signs, as Tony’s made a few powerful enemies on his way up. Then there’s his overprotective streak towards his younger sister (Mastrantonio), who’s making eyes at Manny. Is Tony a powder keg ready to explode?

Loosely based on Howard Hawks’s landmark gangster tale from 1932, here de Palma and screenwriter Oliver Stone transfer the action to the burgeoning drug trade in Miami, and make the title character Cuban instead of Italian. From this starting point, they created a long, violent, profane, compulsively watchable film that glories in its own excess and packs plenty of heat (like Tony himself). Pacino gives a magnetic, electrifying lead performance, and all the supporting players serve him well, particularly Pfeiffer as Tony’s beautiful, miserable, coke-addled wife. “The world is yours” indeed, and if you’re an action fan, this movie should be too.

Scarface: The Shame of A Nation