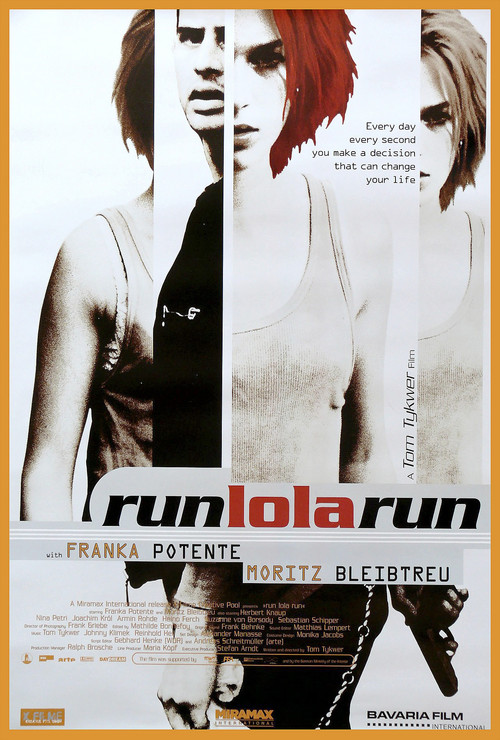 With exactly twenty minutes to deliver 100,000 marks or face the wrath of a ruthless mobster, Manni (Bleibtreu) phones his girlfriend Lola (Potente) in desperation. Jolted into action, Lola races through the streets of Berlin and tries to procure the money at a bank owned by her father, while Manni attempts a supermarket stick-up in a last-ditch effort to save his neck. We get three versions of the same narrative, each with slight alterations and varying outcomes.

A slick, kinetic thriller with a mind-bending temporal structure told in triplicate, Tykwer's "Run Lola Run" is a dizzying mix of pulsing music and adrenaline-fueled visuals, with a bold, red-haired female protagonist you'll root for each time she hits the street. In the film's most ingenious narrative device, each split-second encounter Lola has with people she literally runs into triggers a glimpse of dramatic, often unsettling snapshots that predict that person's future trajectory. Frenzied, hip, and fun, "Run Lola Run" is three steps ahead of most Hollywood thrill rides.