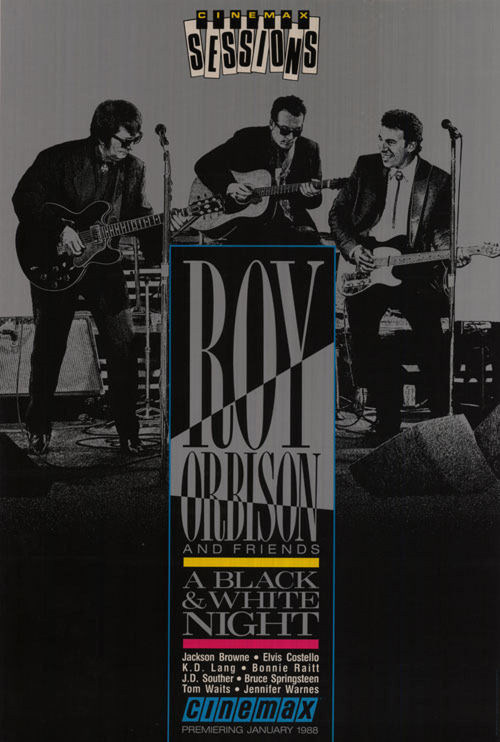 Roy Orbison and Friends: A Black and White Night

This star-studded 1987 concert by the groundbreaking rock-and-roll singer Roy Orbison, filmed at the Coconut Grove in downtown Los Angeles, features the falsetto-voiced pop star at the peak of his powers. Joining Orbison onstage are Bruce Springsteen, Bonnie Raitt, Jackson Browne, and many others, singing gently rocking ballads like "Pretty Woman" and "Crying" in a rollicking hour of delightful, swinging collaboration.

Originally aired on Showtime, "Night" evokes a 1940s nightclub environment complete with art-deco set design, gorgeous black-and-white photography, and Orbison's trademark shades. But aside from director Mitchell's nostalgic, ever-inviting aesthetics, it is the musical performances that remain so compelling. Orbison sounds like he hasn't lost a beat (or missed a note) since his Sun Records days, and his duets with Elvis Costello, K.D. Lang, Tom Waits, and producer T Bone Burnett feel warm and rich, rather than like a stale imitation of previous successes. Who else can croon "Only the Lonely" so hauntingly? "A Black & White Night" is a triumph for Orbison, as mesmerizing as Elvis's own 1968 comeback special.