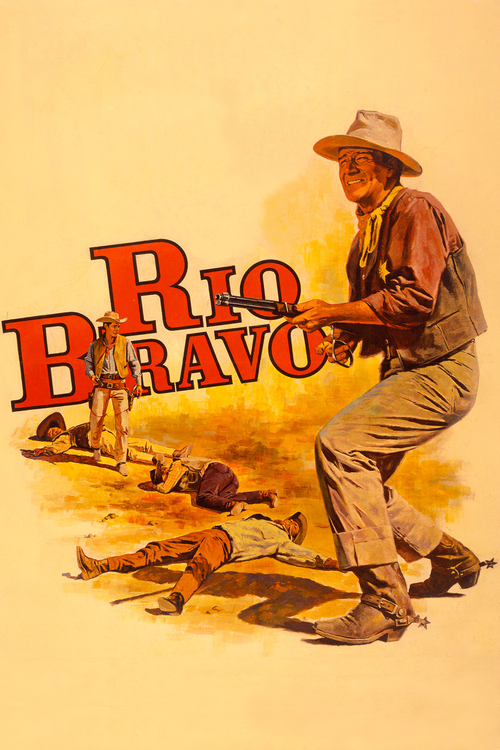 Sheriff John T. Chance (Wayne) is in a tight spot. He's captured dangerous outlaw Joe Burdette (Akins), and must hold him in jail until the territorial judge arrives. Problem is, Burdette has lots of confederates who'll clearly attempt to break him out before the judge arrives. And all Chance has in his corner is Dude, his alcoholic deputy (Martin), and Stumpy (Brennan), a crippled old geezer. Can Chance hold out?

Hawks's colorful, exciting western boasts an archetypal, larger-than-life turn from the Duke, and perhaps Martin's finest acting job ever as Dude. Film neatly blends pathos, suspense, comedy, even songs to create top-notch entertainment. Look also for Ricky Nelson as Colorado (he and Dino get to croon together), and the leggy, alluring Angie Dickinson as Feathers, a young woman with her eye on Chance. Bravo indeed.