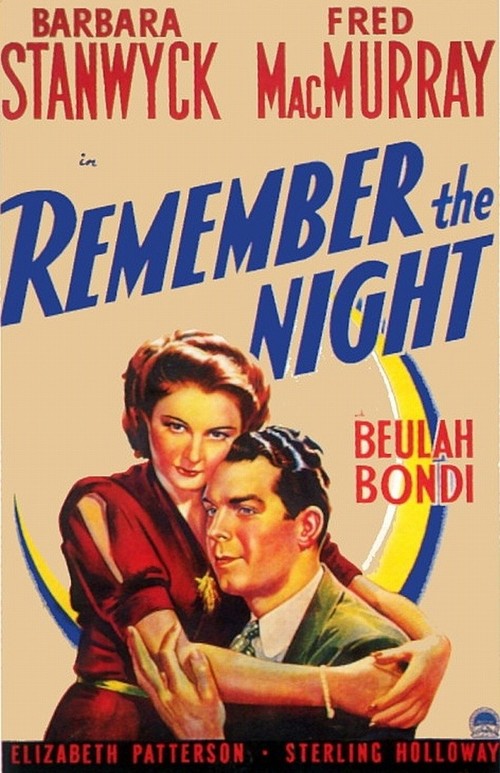 Just before Christmas, Lee Leander (Stanwyck) is arrested for shoplifting and sent to trial. Sensing that the holiday spirit might influence the jurors to set Lee free, her hard-nosed prosecutor, John Sargent (MacMurray), pulls a trick to postpone the verdict until after the New Year. However, when he sees the beautiful woman heading to lockup, he takes pity and bails her out. When they meet again, he discovers that she also hails from Indiana, and the two embark on an adventure-filled road trip home that might just end in love.

This sensitively directed romance was the first of several screen pairings of Stanwyck and MacMurray. Though they're best known for their sizzle in "Double Indemnity," more than a few sparks fly between them in this sweet, lesser known film, which showcases both performers' considerable comedic talents. Although Leisen's movie has all the trappings of a warmly sentimental holiday classic, that Preston Sturges script (the last one he'd write before going on to direct) has the requisite tang and biting wit. "Remember" this hidden gem — especially around Christmastime!