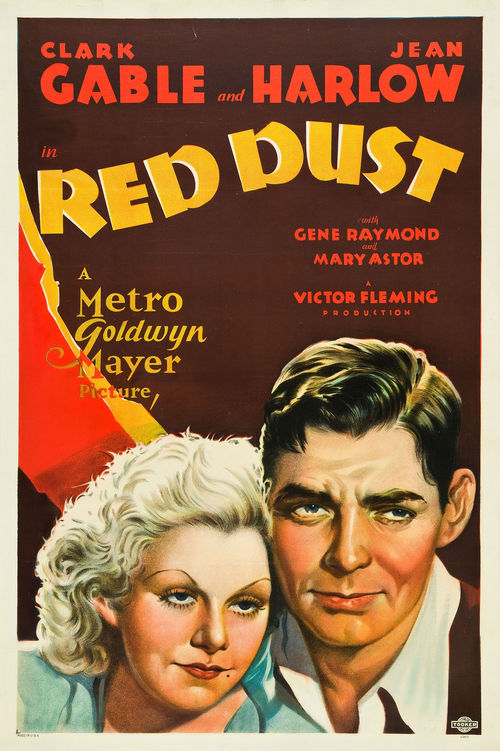 Dennis Carson (Gable) is the hard-living, macho owner of a rubber plantation in Indochina. There, he dallies casually with the brassy Vantine (Harlow), a woman of “easy virtue” who’s on the run from the Saigon police. But when visiting surveyor Gary Willis (Raymond) and his refined, beautiful wife Barbara (Astor) arrive, Dennis’s roving eye starts to rove. Dennis dispatches Gary to the jungle to work and sets about seducing Barbara, much to Vantine’s chagrin. As the monsoon breaks, passions ignite, jealousies rage and loyalties are tested.

In their second outing together, director Fleming makes excellent use of the palpable physical chemistry between co-stars Gable and Harlow. This racy romance was made two years before the implementation of the Production Code, so the scenes of adultery, prostitution and ample drinking are surprisingly frank. The young Gable is devilishly virile as Carson, and Harlow matches him with her innate sexuality and sardonic wit. The lovely Astor is cool as a cucumber as the genteel lady who comes between them. Don’t miss this sizzling love triangle featuring two of MGMs biggest stars. (Note: Gable re-made this twenty years later as “Mogambo,” with John Ford directing. In our view, the original is far superior.)