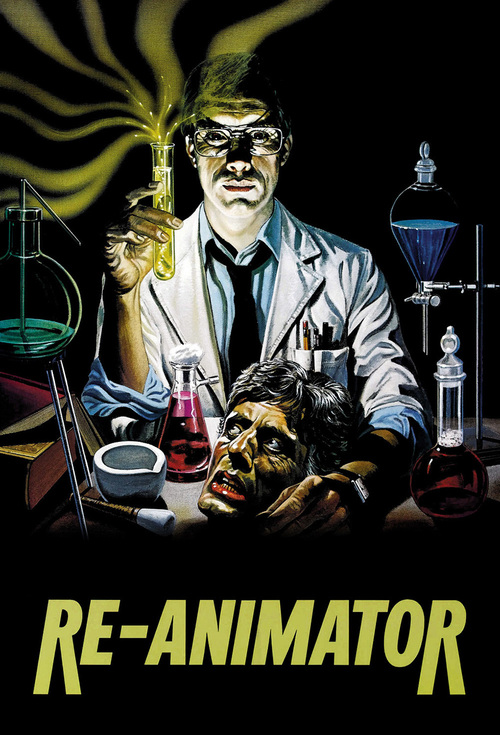 Brainy med student Herbert West (Combs) has been working extra hours on an experimental serum that brings dead tissue back to life. One night, he manages to "re-animate" a deceased cat. Next, he tries out the glowing green potion on a human corpse, with gruesome success, though everyone he revivifies goes berserk. Worse yet, Herbert's superior, Dr. Carl Hill (Gale), is out to claim the discovery for himself.

Stuart Gordon's hilariously campy gore-fest is loosely based on a story by H.P. Lovecraft, but draws heavily on old-fashioned horror like "Frankenstein" and George Romero's zombie flicks. Combs gives his Herbert just the right mix of nerdy gravitas and lunatic ambition, while Gale vamps it up as a jealous prof who literally loses his head over his student's potion, only to commit a foul act with the dean's daughter, played by comely Barbara Crampton. Things get grisly when bone-saws are marshalled to quell the violent, re-animated cadavers, but it's all in good fun. Like a version of "Night of the Living Dead" directed by the staff of Mad Magazine, "Re-Animator" will keep you in stitches.

Reach for the Sky