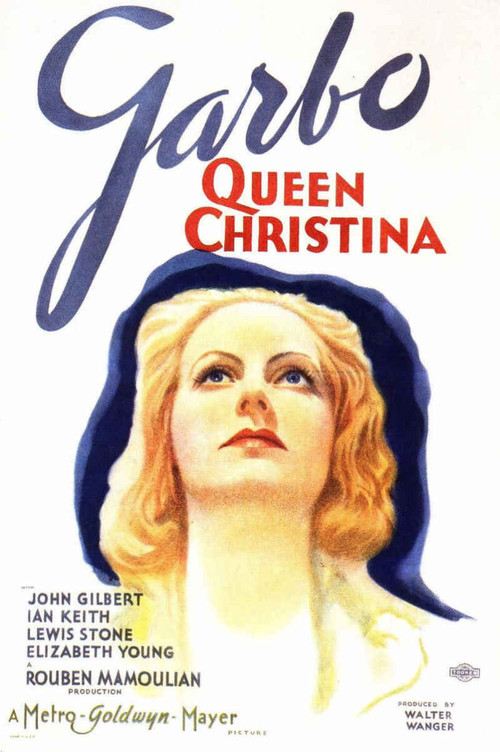 Sweden's queen since childhood, Christina has ruled her country well, but now feels pressure to marry a "suitable" man she doesn't love, and produce an heir. To escape her problems temporarily, Christina disguises herself as a boy and, with a trusted bodyguard, rides off to a rustic inn. En-route, she helps dislodge a carriage stuck in the snow carrying Spanish envoy Antonio (Gilbert). Meeting again at the inn, Antonio soon realizes Christina is no boy, and the two fall in love. This forbidden romance will only complicate matters back at court, and ultimately Christina will face some painful choices.

Mamoulian's film creaks a bit with some broad playing from secondary actors, but Garbo's luminosity more than makes up for it. She is not only ravishing, but her persona is tailor-made for the strong, mannish role of Christina. Former fiancé Gilbert is also fine as Antonio, which places the subsequent demise of this actor's career squarely at the feet of studio boss L.B. Mayer, who didn't like him. Ian Keith, Lewis Stone, and C. Aubrey Smith lend skilled support in this, one of the screen's crowning early biopics.