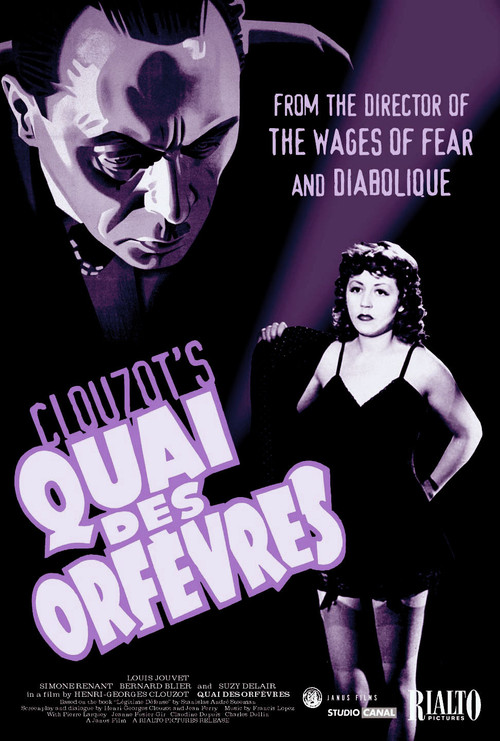 Jenny Lamour (Delair) is a talented singer whose star is on the rise, and whose innocent dalliance with a lecherous older fan, Brignon (Dullin), has provoked the jealousy of her husband and accompanist, Maurice Martineau (Blier). One night, gun in hand, Maurice ventures to the wealthy man's ornate mansion with the intent to kill him — and finds him already dead. Believing Jenny has done the deed, Maurice begins covering her tracks.

This smart, atmospheric policier marked Clouzot's return to filmmaking after the putatively anti-French "Le Corbeau." Blier and Delair are magnetic performers and clearly relish their roles as a husband and wife under investigation by crafty Inspector Antoine (the marvelous Louis Jouvet), a man with a nose for human foibles. Clouzot handles the noir conventions with a deft touch but focuses on developing his characters-including raven-haired beauty Simone Renant playing Jenny's bosom friend and closet lesbian Dora. (Best line: "I'm a funny kind of girl.") If you like your noir with a classy French twist, check out "Quai des Orfevres."