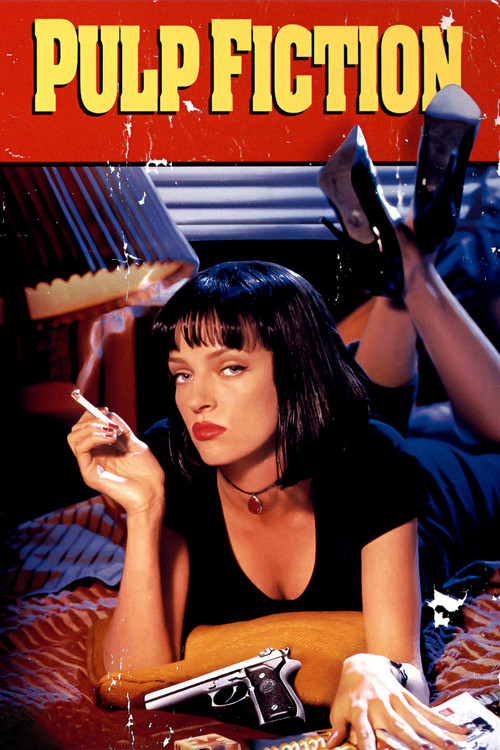 The groundbreaking "Pulp Fiction" tracks various Los Angeles lowlifes — such as Vincent Vega (Travolta) and Jules Winfield (Jackson), two loquacious, eccentric hit-men who work for underworld boss Marsellus (Rhames). As the movie unfolds in Altman-esque style, where the lives of each character somehow intersect, we meet (among others) Marcellus's dangerous wife Mia (Thurman), a boxer in a jam named Butch (Willis), and two inept robbers who are madly in love (Roth and Plummer). It may not all make perfect sense, but who cares?

Tarantino's best film to-date is a genre-twisting, savagely funny tour-de-force, with vignettes of bantering hit-men, crooked boxers, petty thieves, and an alluring gangster's wife, all cutting back and forth in time. Its sharp, Academy Award-winning script contains a stew of pop-culture references, courtesy of Tarantino and co-writer Roger Avary. Boasting six other Oscar nods, including Best Picture, Actor (Travolta), Supporting Actor (Jackson) and Supporting Actress (Thurman), “Pulp” earns its status as one of the most influential films of the 1990s. For those able to tolerate its blend of pitch-black comedy and brutal violence, it's a must-see film. ("Pulp" both cemented Tarantino's bankability and resuscitated Travolta's rapidly fading career.)