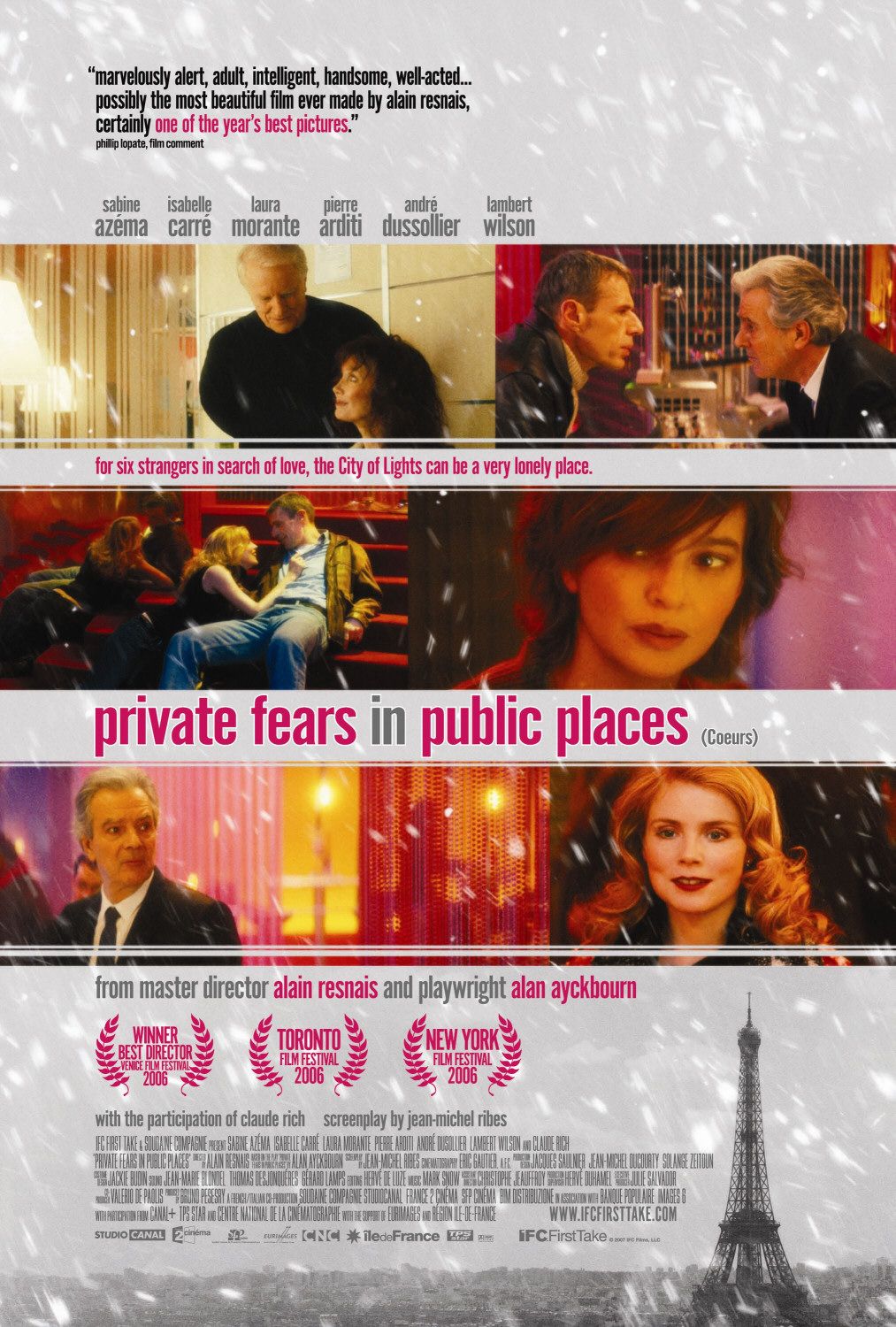 A group of obliquely connected Parisians struggle to develop emotional connections with fellow lonelyhearts in this multi-character drama. Sixty-something real estate broker Thierry (Dusollier) has a crush on Charlotte (Azema), his devout Christian co-worker. Charlotte moonlights as a home health aide for Lionel (Arditi), a bartender at a swank club who has a cantankerous father to care for. Meanwhile, Dan (Wilson) is an unemployed man whose engagement to Nicole (Morante) is threatened by doubt and his daytime drinking habit.