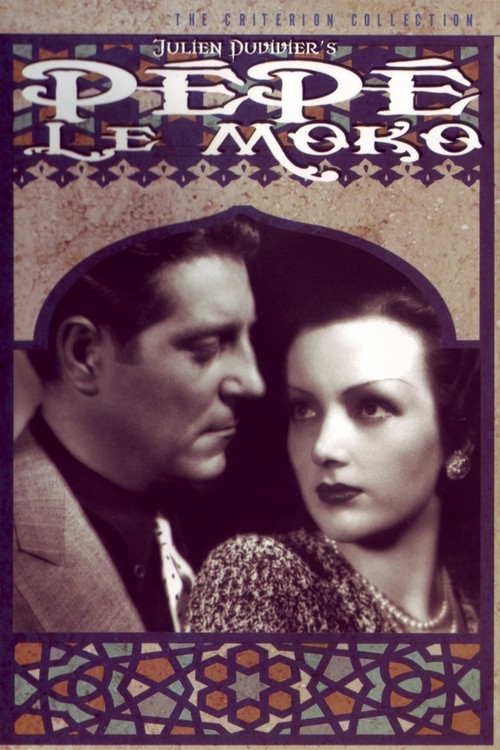 Pepe Le Moko (Gabin) is a mysterious French master criminal whose only way to avoid detection is to confine himself to the labyrinth of secluded hiding places found in Algier’s Casbah. But after two years in hiding, Pepe is feeling restless. When he meets and falls for the hypnotic Gaby (Balin), calculating Police Inspector Slimane (Gridoux) spots his chance to draw the elusive thief out in the open and capture him once and for all.

This trademark role, along with “Grand Illusion,” contributes to French actor Gabin’s legacy what “The Maltese Falcon” and “Casablanca” did for Bogart. Duvivier’s dark film is one our most atmospheric mysteries, exuding an almost paranoiac tension. Gabin (like younger countryman Gerard Depardieu) is not classically handsome, but possessed of a rugged allure that women find unable to resist. At the same time, Balin is pretty irresistible herself, definitely a woman worth taking chances for. See Gabin’s charisma at its height in the incomparable “Pepe.”