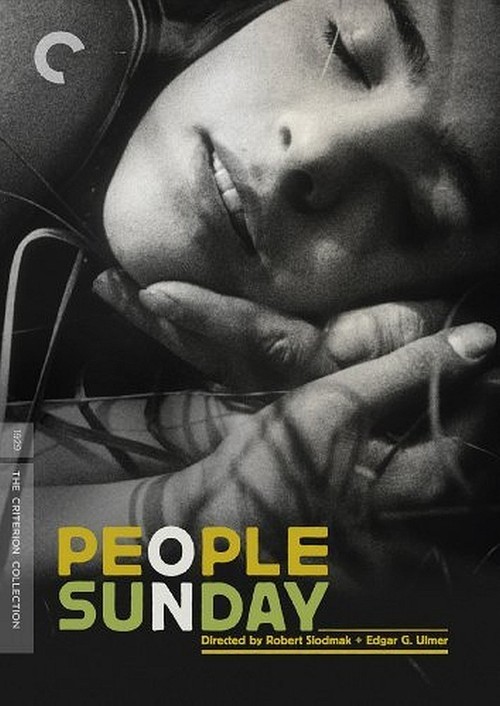 One sunny Sunday in 1930s Weimar Berlin, a handful of young city dwellers celebrate their freedom in a variety of ways. Wolfgang (von Waltershausen), a wine salesman, has invited Christi, a film extra he’s just met, to spend the following afternoon in the countryside with him. Christi arrives at the meeting place with her best friend, Brigitte, a record seller. Wolfgang’s taxi driver pal, Erwin, tags along, though he’s hoping his model paramour, Annie, will join the group as well. But Annie isn’t much interested in getting out of bed, leaving this quartet of new acquaintances to frolic in the river and forest, and perhaps even fall in love.

Co-directed by Siodmak and Ulmer, who would both go on to acclaimed careers as film noir directors in Hollywood, and scripted by a young Billy Wilder, this bright, cheery silent film, which feels very much like a documentary, captures the familiar, timeless experience of seemingly carefree young people enjoying a lazy Sunday. Shooting on the fly with a group of charming non-actors playing themselves, the filmmakers take regular opportunities to break from their protagonists’ romps and tour pre-war Berlin’s beautiful recreational haunts. It’s a rich, powerfully evocative portrait of a long-ago time and place, whose haunting quality comes from our knowledge of what lay on the near horizon. See this one any day of the week: it’s magic.