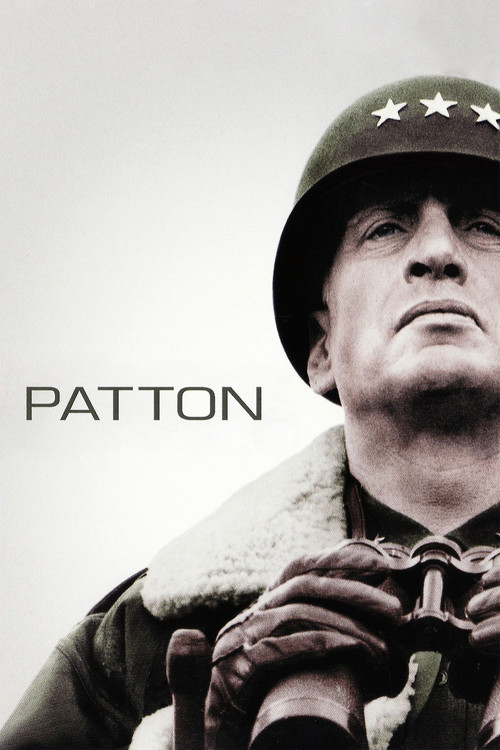 Director Franklin J. Schaffner's rich portrayal of the controversial, larger-than-life World War II general recreates all the excitement and drama of the European front, while exploring one career officers outsize ambition to expand his own role in this historic conflict. We see how Patton's unusually aggressive style most always yielded the desired results on the battlefield, yet so rankled both superiors and subordinates that the top leadership position he craved — and the adulation that went with it — would inevitably elude him.

In a role turned down by Burt Lancaster, Lee Marvin, and Robert Mitchum, actor George C. Scott delivers a towering rendition of the profane, colorful general, by turns making us admire, revile, and pity this man, who was driven by a profound sense of pre-destination. Karl Malden provides stellar support as Patton's more measured but equally brilliant colleague General Omar Bradley, but this is Scott's show all the way, as evidenced by his winning the Best Actor Oscar, an award he turned down on principle (he called the Oscar ceremonies a "meat market"). The film garnered an additional six statuettes, including Best Picture, Director and Screenplay. "Patton" endures today as an epic war film that tells a very human story.