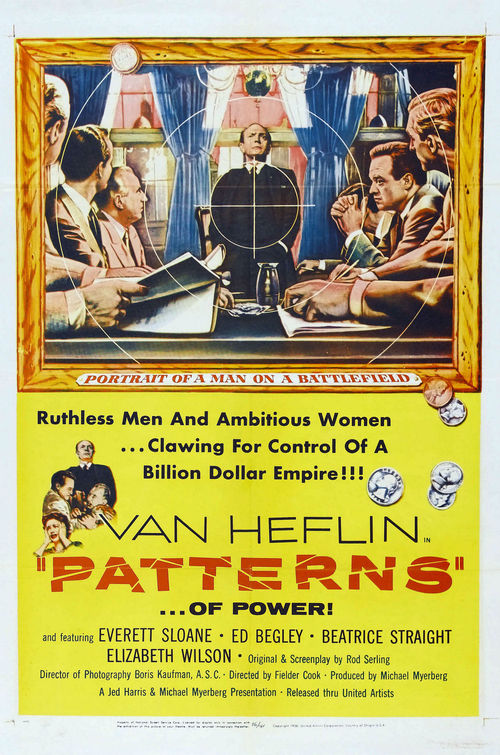 When his former employer gets bought out by the larger, prestigious Ramsey and Co., headed by ruthless Walter Ramsey (Sloane), engineer Fred Staples (Heflin) moves to New York and a senior position there. An older, established senior executive named William Briggs (Begley) kindly takes Fred under his wing, but tensions mount when it becomes evident Staples is intended to replace Briggs.

Don't miss this pure, understated masterpiece from the magic pen of Rod Serling. This story of brutal corporate politics feels every bit as relevant today as it did in 1956. Though the DVD transfer itself is not of the highest quality, excellence in every aspect of the film more than compensates. "Patterns" represents spare, compact, intense drama with pitch-perfect playing.