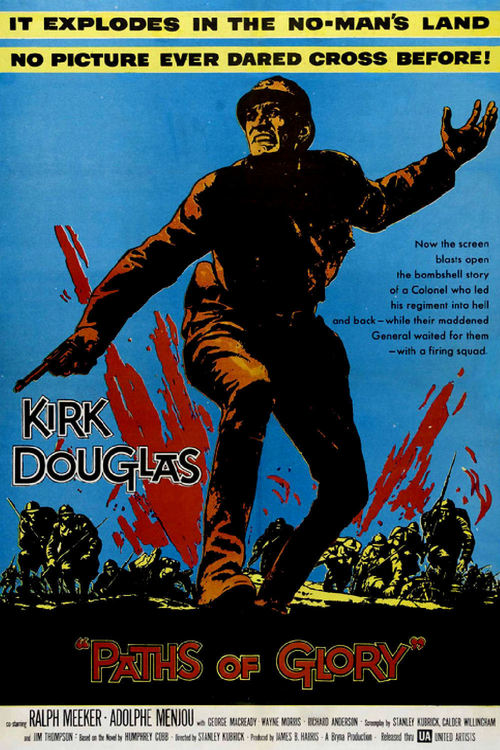 During the brutal days of the First World War, aloof French General Broulard (Menjou) orders his deputy, General Mireau (Macready) to have his men mount a virtual suicide mission to take a well-defended German position. Even if casualties are high, the French may gain a few feet of ground, and Mireau might get a promotion. When the soldiers ultimately retreat in the attack, Broulard orders that three be selected at random to face charges of cowardice, for which the sentence is death. Guilt-ridden and seething with injustice, Colonel Dax (Douglas), the soldiers’ commander, defends the group in the court martial proceedings. As the trial begins, the deck is already stacked against them. How can justice prevail out of injustice?

Few films expose the insanity of war more starkly than “Paths,” as we contrast the behavior of cosseted armchair generals with the horrific plight of common infantry soldiers: pawns in an obscene political game, to be sacrificed on the front lines of a pointless war. We share Douglas's righteous fury at the plight of his men as the rushed sham of a trial progresses. Kirk is fabulous as the tortured Dax, and both Menjou and Macready also shine in unsympathetic roles. A small, potent masterpiece from director Kubrick, this disturbing anti-war film hasn't aged a bit.