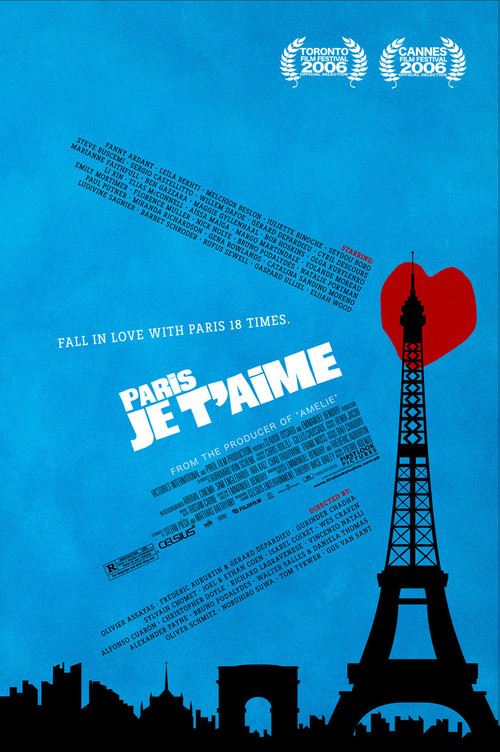 Twenty of the world’s best directors — the Coen brothers, Alfonso Cuaron, Gus van Sant among them — direct short fictional vignettes set (and shot) in Paris. The stories in this omnibus film collaboration range from the coy and clever (Buscemi as a metro rider on the wrong side of an argument), to the downright tragic (Moreno’s turn as a Latin nanny). Director Payne’s poignant paean to a lonely American tourist tops off this cinematic feast.

You’ve got to love a movie that packs in world-class actors as varied as Gerard Depardieu, Maggie Gyllenhaal, Steve Buscemi, Gena Rowlands, and Bob Hoskins, and gives them each a little character to work their magic on in the most romantic and beautiful city on the planet. With eighteen distinct segments, it's inevitable that some come off better than others, but the cumulative effect still makes you want to take the next flight to the City Of Lights. C’est si bon!