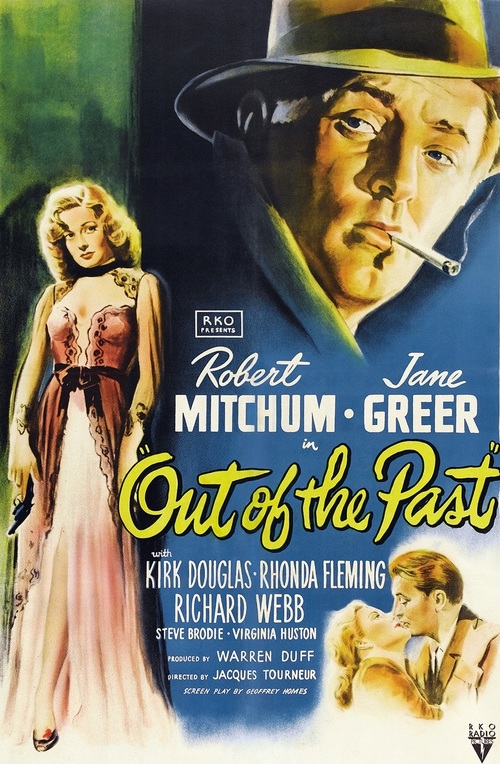 Out of the Past

Jeff Bailey (Mitchum) plays a former gumshoe trying to start a new life who gets dragged back in to his old one. Via flashback, we learn that slick gangster Whit Sterling (Douglas) hired Jeff to recover his mistress Kathie (Greer), who'd absconded with some of his cash south of the border. When Jeff eventually finds her, she seduces him, claiming she's innocent of theft, and simply escaping from a bad man. But all is not as it seems, and soon enough Jeff has to take it on the lam himself. Now Whit has called him back for a final reckoning, and more surprises are in store.

Replete with expressionistic lighting, ominous atmosphere, cynical dialogue, and a sizzling femme fatale, Jacques Tourneur's "Out of the Past" is quintessential film noir. In a star-making performance, Mitchum cemented his image as a laconic, heavy-lidded fatalist, while the white-hot Greer — radiant as Kathie — executes one of the most sensual entrances in film history. All conspire to make Tourneur's "Past" damn close to perfect. Remade to lesser effect as "Against All Odds" (1984), with Jeff Bridges and Rachel Ward.