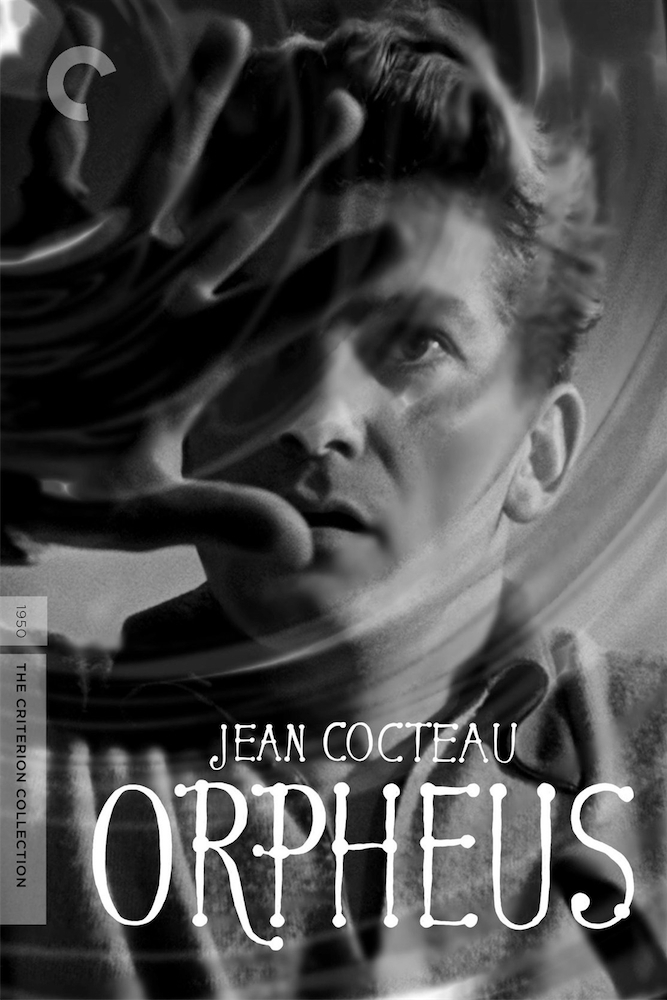 In a ruined villa belonging to a mysterious Princess (Casares), the poet Orpheus (Marais) discovers that the mirrors are portals to another world, and that the Princess holds sway over the dead. Returning home, Orpheus becomes obsessed with cryptic radio bulletins and ignores his pregnant wife Eurydice (Dea). The Princess visits Orpheus in his sleep, and her motorcycle henchmen cause the death of Eurydice. With the help of the Princess’s chauffeur (Perier), Orpheus enters the mirror and descends into the Underworld, where he faces an impossible choice.

Poet/artist/filmmaker Cocteau takes the classical story of Orpheus and twists it into an allegorical fairy tale about inspiration. Orpheus, as handsome and chiseled as a Greek god, is willing to die for his greatest love: art. Cocteau’s world is a mix of domestic normality and surreal fantasy, with clever camera tricks providing the subtle bridge. The director runs film in reverse and uses mercury as the glass of a mirror to lend an air of the mystical to his mise en scene. It’s hard to take your eyes off Marais in the title role, and Casares, in her fetishistic clothing, makes for a formidable Death. Dea, meanwhile, provides a womanly contrast. Cocteau’s work is as beautiful, timely and profound as the myth itself.