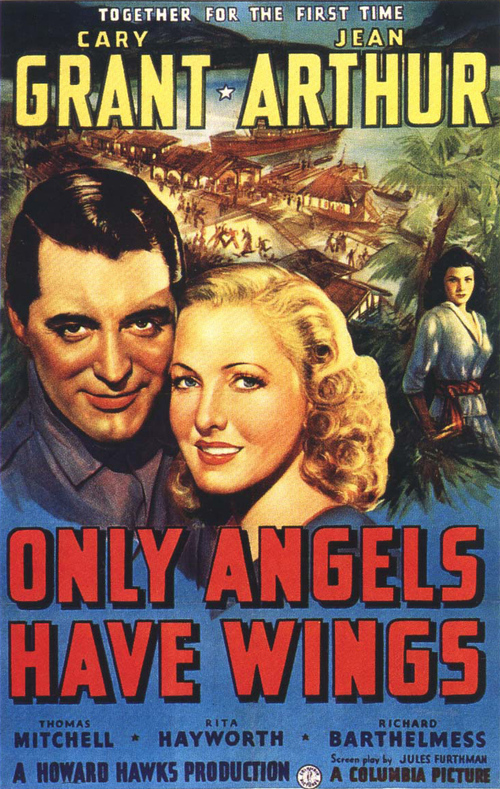 Only Angels Have Wings

This classic Howard Hawks picture concerns Geoff Carter (Grant), operator of an air freight service in South America's fog-enshrouded Andes Mountains. Confronting treacherous flying conditions with regularity, Geoff must make life-or-death decisions about when his men can fly. Further complicating life on the ground is the arrival of Bonnie Lee (Arthur), a showgirl in transit who's socked in by weather, and Macpherson (silent star Barthelmess), a pilot harboring a dark secret. Macpherson is also joined by young wife Judy (Hayworth), who'd once been involved with Geoff. The plot thickens along with the fog.

Elements of drama and romance co-mingle with the serious business of men being men in this involving, exciting adventure story. Grant stretches his screen persona effortlessly as a tough guy with little humor and no polish, and Arthur makes a spunky love interest. Hayworth looks particularly stunning in a pivotal early role, and Thomas Mitchell also shines as Kid Dabb, a loyal older pilot who's losing his bearings. This heroic outing soars.