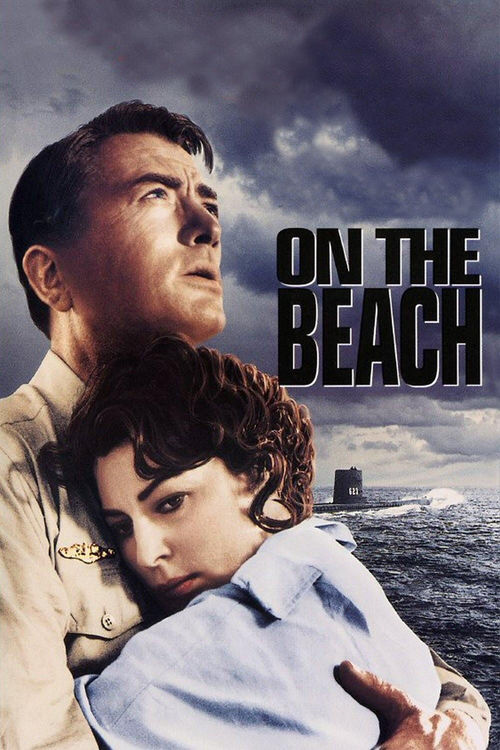 After learning that a nuclear holocaust has wiped out most of humanity, U.S.S. Sawfish sub commander Capt. Dwight Towers (Peck) finds a group of survivors near Melbourne, including lovely Moira (Gardner), guilt-ridden scientist Julian Osborn (Astaire), and newlyweds Peter (Perkins) and Mary Holmes (Anderson). Knowing that slowly creeping radiation from the northern hemisphere will eventually kill them all, each deals with the impending doom in their own way.

A stark wake-up-call in its time, Kramer's blunt, unswervingly bleak doomsday classic was based on a popular novel by Nevil Shute and premiered in major cities around the world on the same day in 1959. Though hardly subtle, "On the Beach" does boast fine performances by Peck, Gardner, a young Perkins, and Astaire in his first purely dramatic role, playing wildly (and confidently) against type as an intellectual with a heavy conscience.

On the Beach at Night Alone