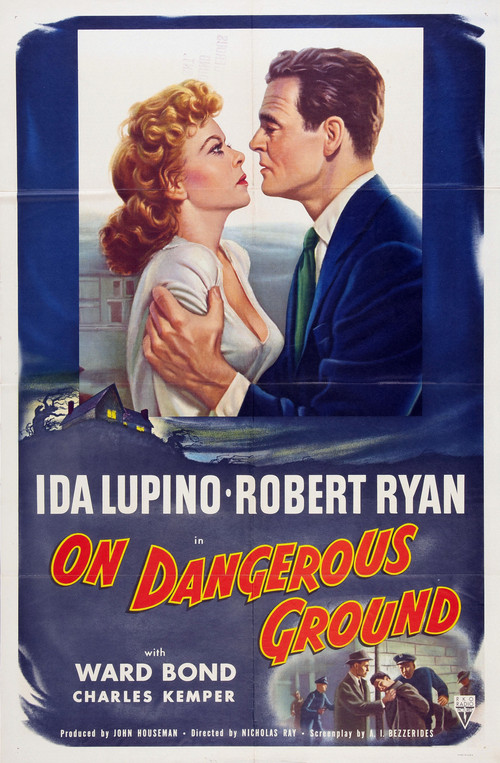 Big-city detective Jim Wilson (Ryan) has come to lean so hard on violent tactics to bring criminals to justice that his superiors have begun to take notice. As a form of banishment, they transfer him upstate to cool his heels in the snow and work with the locals on a murder case. There, he develops an attraction to beautiful, blind Mary Malden (Lupino). What he doesn't know at first is that she's the prime suspect's sister, and their blossoming romance has put them both on a collision course with danger.

This tough, impassioned film seamlessly blends intense romance with a grim tale of crime and punishment. Benefiting from Ray's sure-handed direction, both stars are first-rate (who does angry and bitter better than Ryan?). Amazingly, this atmospheric entry manages to feel black as night, even when its protagonists are chasing each other through snow! Add in a classic, early score from Bernard Herrmann, and you have all the ingredients for a dangerously good movie. Noir fans, pounce.