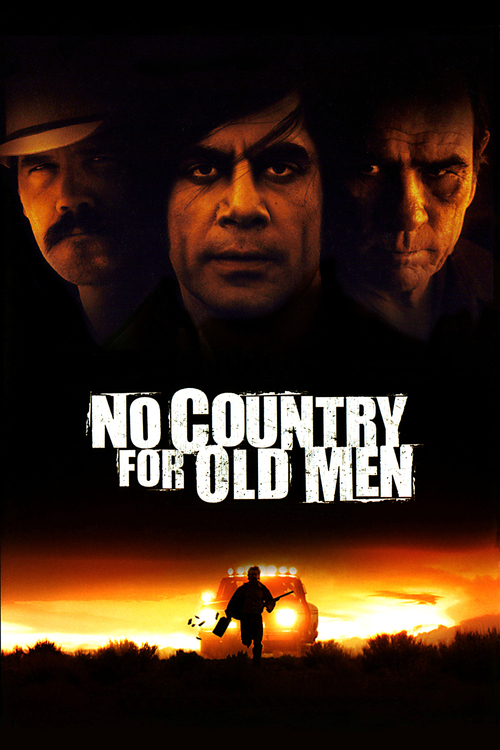 No Country for Old Men

Deep in the desert of West Texas, lone hunter Llewelyn Moss (Brolin) stumbles upon a $2 million cache in the aftermath of a professional drug deal gone very badly. When he returns to retrieve the money, he sets in motion a long, violent chain of events. Though he doesn’t realize it yet, an unfathomably evil killer named Anton Chigurh (Bardem) is methodically following him, leaving a trail of bodies in his wake. Meanwhile, local sheriff Bell (Lee Jones), wearied and disillusioned by his job, maintains a slow-motion pursuit.

Based on the novel by Cormac McCarthy, the Coen brothers’ multiple Oscar winner is their darkest movie yet, featuring an outstanding performance by Bardem as an enigmatic madman whose weapon of choice is a cattle-bolt stun gun. Brolin and Jones turn in solid work, too, as men whose personal experience with violence colors their decision-making in markedly different ways. Tense and gripping, “No Country” taps into our anxieties about a world that seems to have lost its sense of moral order.

No End in Sight