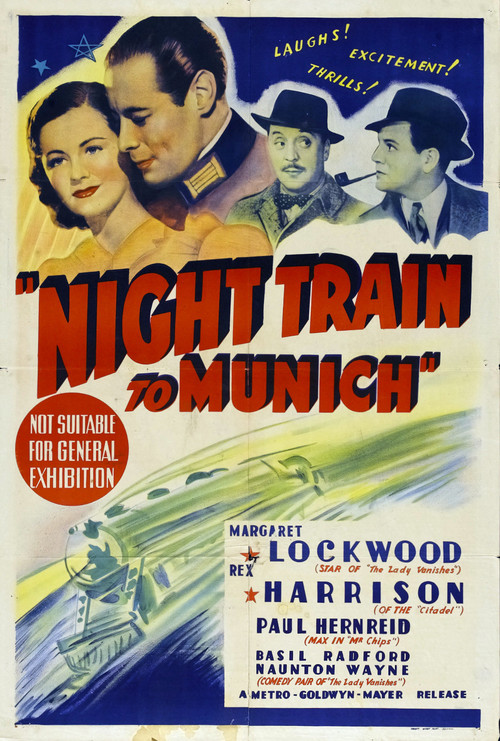 In this espionage thriller, as German troops roll into Czechoslovakia on the eve of World War II, famed scientist Axel Bomasch (Harcourt) and his daughter Anna (Lockwood) attempt a dangerous escape to England. Axel makes it, but Anna is caught and sent to a concentration camp. She manages to flee with the help of fellow inmate Karl Marsen (Henreid), but after a few twists and turns, both she and her father are back in the grip of the Nazis. To gain their freedom, they must rely on the derring-do and expert disguises of handsome undercover British agent Gus Bennett (Harrison, in his first major role).

Director Reed, master of the British spy thriller, uses wartime Europe as the setting for a suspenseful romantic chase movie. Despite the palpable suspense and ominous presence of legions of SS soldiers, it's never in doubt that the good guys will prevail. The pleasure lies in the ingenious double-crosses and gimmicks that screenwriters Sidney Gilliat and Frank Launder craft to keep the roller-coaster at full speed at all times. Lockwood and Harrison make an enchanting on-screen couple, while a pre-"Casablanca" Henreid is a study in oily, sinister charm. Once you've climbed aboard, you won't want to get off this "Train."