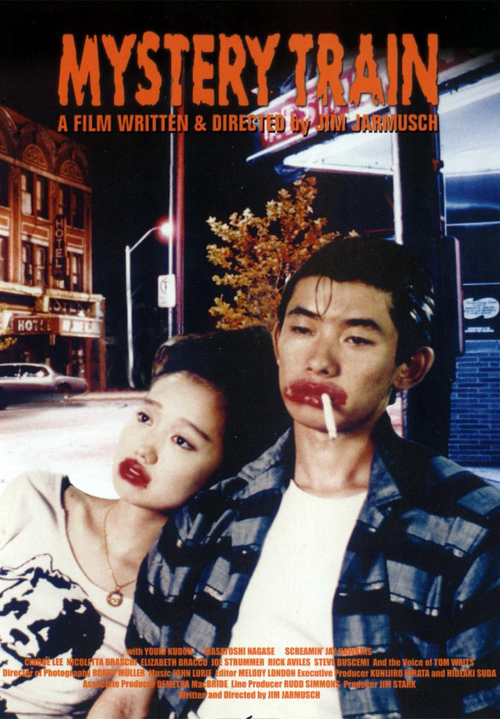 On a meandering trip to Memphis, Tennessee, Elvis-obsessed Japanese hipsters Jun (Nagase) and Mitzuko (Kudoh) cross paths with an Italian widow (Braschi) trying to transport her husband's body home, a British punker (Strummer) who shoots a liquor-store clerk in a drunken stupor, and the low-life denizens of a fleabag motel managed by a surly attendant (Hawkins).

Part crime story, part oddball travelogue, Jarmusch's "Mystery Train" is a three-episode deadpan comedy about not-so-savvy outsiders fumbling their way through a foreign environment: nighttime Memphis. Elvis humor, as you might imagine, is lurking behind many of the film's visual punchlines. But Jarmusch has a lot more fun setting up his array of strange characters and then making them collide in unexpected ways. R&B howler Hawkins is perfectly cast as the sour night manager, but Buscemi nearly steals the show as Strummer's outrageously high-strung, ne'er do well pal.