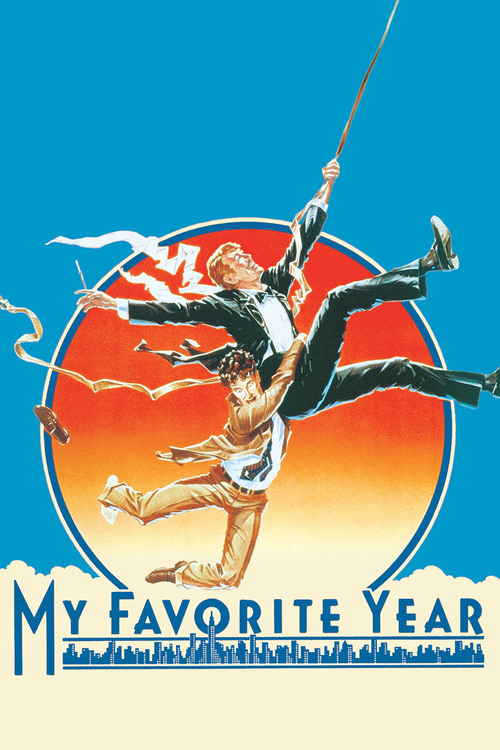 In the 1950s, faded, alcoholic swashbuckling star Alan Swann (O'Toole) agrees to appear on King Kaiser's comedy show, and young staff writer Benjy Stone (Linn-Baker) is assigned to baby-sit the erratic actor for the duration. Benjy is an avid fan of Swann's movies, but has no idea what he's in for with the real article. Worse yet, Swann has no idea he'll be performing live on television. Once he discovers this, all hell breaks loose.

Actor Richard Benjamin goes behind the camera in this warm, side-splitting recreation of 1950's New York and the insane world of live television. O'Toole is tailor-made for a juicy comic role modeled on Errol Flynn, and Joseph Bologna does a wonderful Sid Caesar-ish turn as the caustic Kaiser. A genuine crowd pleaser, particularly for anyone interested in the period and the medium.

My Flesh and Blood