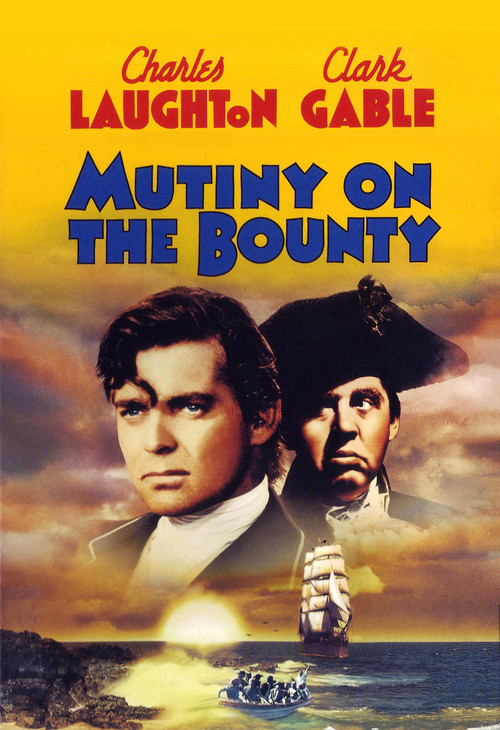 Mutiny on the Bounty

In 18th century Great Britain, sadistic Captain Bligh (Laughton) commands the HMS Bounty on a long voyage to Tahiti to collect food supplies. When his consistent cruelty towards his crew goes beyond reasonable limits, second-in-command Fletcher Christian (Gable) faces the fateful decision of whether or not to seize control of the ship.

MGM's adaptation of the famous book by Charles Nordhoff and James Norman Hall is given top shelf treatment here, with the sneering Laughton the definitive Bligh, and the studio's biggest star, Gable, playing Christian with gusto (and, notably, without either a British accent or his trademark mustache). But nevermind; this is grand, sweeping entertainment, suitable for the whole family.