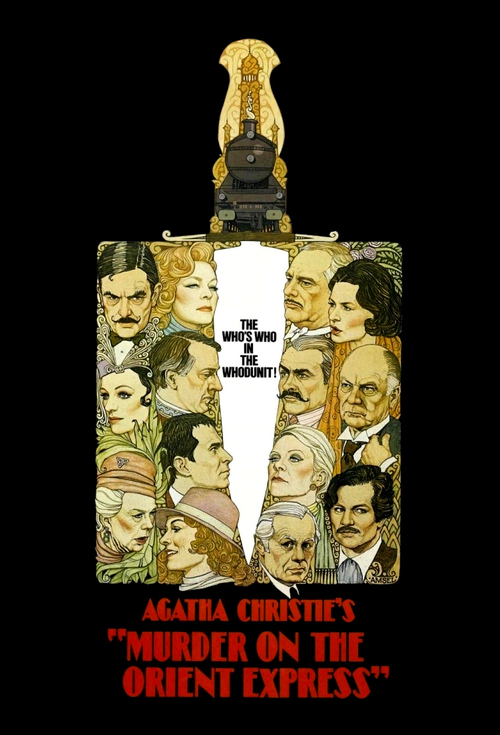 Murder on the Orient Express

When a financier (Widmark) is brutally murdered on the famous train-line, every passenger is a suspect in the eyes of punctilious Belgian detective Hercule Poirot (Finney). With the train stalled between Istanbul and Paris, he begins to question the motley group, and gradually uncovers the most unlikely of culprits.

Here, in another Sidney Lumet winner (the director and Sean Connery actually made five films together), an unrecognizable Finney transforms himself into Agatha Christie's renowned Belgian sleuth. Beyond his astonishing portrayal, the magic of this whodunit comes from the fascinating assortment of characters he interrogates, played by an outstanding ensemble cast: Lauren Bacall, Ingrid Bergman, Wendy Hiller, John Gielgud, and Sir Sean among them. Predictably, in addition to Finney, Connery, and Bergman (who snagged an Oscar), old pros Hiller and Gielgud really shine. "Murder" should be nirvana for any mystery lover, and the film bursts with '30s period charm. This is one train well worth catching.