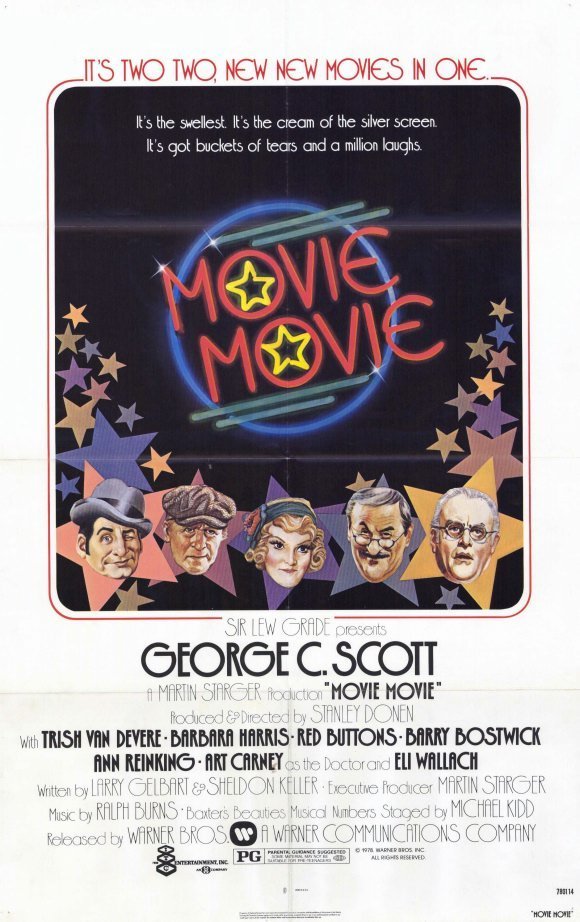 Appropriately enough, Donen’s valentine to Old Hollywood comes packaged as a double feature: “Dynamite Fists” features a young boxer (Hamlin) teaming up with gangster Marlow (Wallach) against the wishes of his trainer Gloves Malloy (Scott). Reinking plays the femme fatale who jeopardizes his love for librarian Betsy (Van Devere). In “Baxter’s Beauties”, Scott plays the ailing producer of a lavish Broadway musical in need of one last big hit. When his leading lady (Van Devere) gets injured, he turns to ingénue Kitty (York) to save the show.

This inspired spoof of 1930s studio movies is jam-packed with clever business sure to convulse old movie fans, and most everyone else, for that matter. “Movie” clicks, thanks to excellent performances and a clever script written by Larry Gelbart and Sheldon Keller. Director Donen draws on his rich experience in the business to simultaneously honor the genres and parody the well-worn clichés they created. Both Hamlin and Reinking make their film debuts here, and they more than hold their own with screen veterans Scott, Wallach et al. For those who still adore the silver screen, “Movie Movie” is fabulous fabulous!