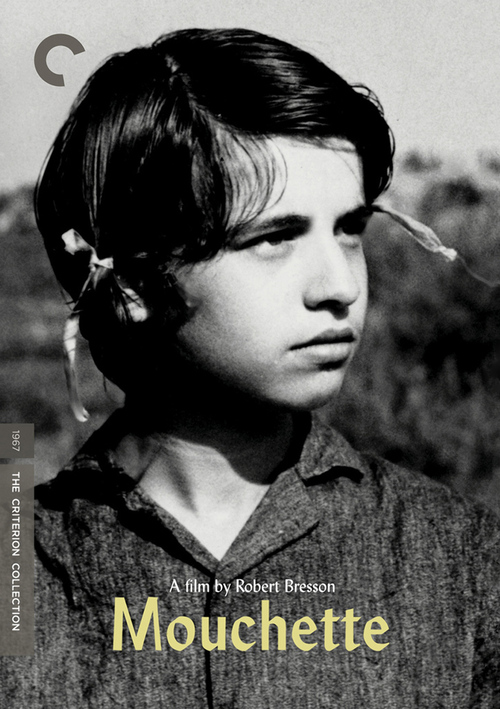 An outcast at school, and treated harshly by her alcoholic father, 14-year-old Mouchette (Nortier) does odd jobs and helps care for her bedridden mother, who’s slowly dying of an unknown illness. One evening, during a heavy downpour in the woods where she’s been napping, Mouchette is offered shelter by a poacher, Arsene (Guilbert). But this seemingly hospitable encounter soon makes her even more vulnerable to all the hostilities of the world.

Based on a novel by George Bernanos, "Mouchette" is a sad, deceptively simple tale of a peasant girl whose misfortunes multiply and eventually lead her to an especially grim fate. As always, Bresson's visual austerity and utter absence of contrivance or sentimentality give this moving film a patina of solemn grace. Mouchette, as played by non-professional Nortier, is a victim whose pose of contempt for those around her masks a profound inner sorrow. A key scene at an amusement park — the girl's one joyous, carefree outing — is iconic and one of Bresson's most dizzying master strokes.