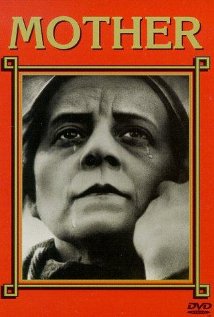 Based on a short story by Maxim Gorky, this drama focuses on simple housewife Niovna (Baranovskaya), whose life is drastically altered by the failed Russian Revolution of 1905. Her idealistic son, Pavel (Batalov), supports the revolution, which places him at odds with his father, Vlasov (Chistyakov). Niovna tries in vain to keep her family together. As events come to a head with the Czar's brutal suppression of a strike, this formerly naive and politically ignorant mother takes a stand to support her son and follow the dictates of her conscience.

Pudovkin's still vivid, powerful film leverages the innovative editing techniques of the time to convey an affecting human story. Images of a Russia in conflict come fast and furious, conveying the workers' pent-up anger after years of oppression and exploitation. Still, the camera knows when to simply linger on Baranovskaya's expressive face: As she gazes at her son, her expression betrays a mix of fear and pride that could only come from a mother. This unsung silent classic deserves a much wider audience.