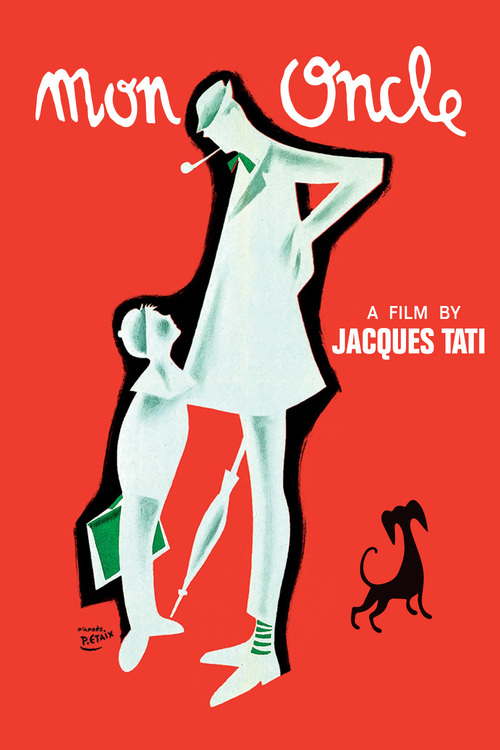 Unemployed Parisian M. Hulot (Tati) lives in a baffling, ultra-modern world, especially when he gets lost in the gadget-packed, whatsit maze of his sister's house. Sweetly naive, the clumsy bohemian escorts his nephew Gerald Arpel (Becourt) home from school each day, only to court disaster when he wanders through the Arpels' mechanically enhanced home.

France's answer to Buster Keaton and Charlie Chaplin, comic genius Jacques Tati leads us on an uproarious trek through the futuristic 1950s in "Mon Oncle," his first color feature. With hardly any dialogue, Tati orchestrates one hilarious pratfall sequence after another, involving everything from wild gizmos to click-clacking high heels, and even a downbeat dachsund. Like Chaplin, Tati was a perfectionist, and the Oscar-winning "Mon Oncle" is exactly that: a perfect collision of madcap slapstick and social satire, with a Tramp-like heart.