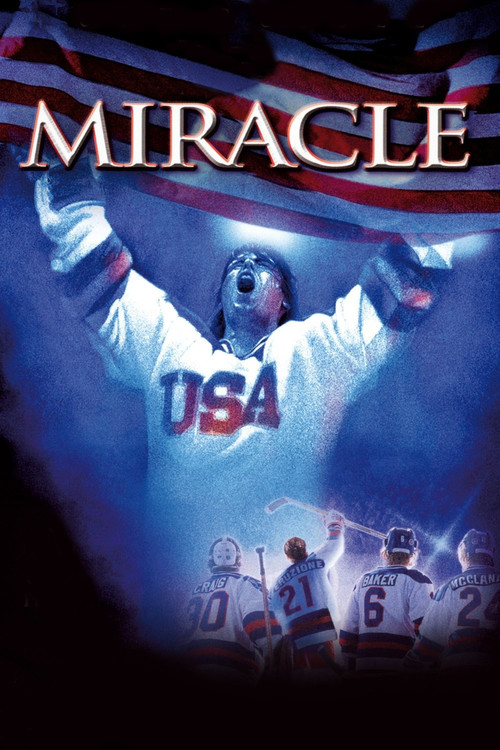 Vividly recreating a triumphant moment in Olympic history — the 1980 USA hockey team's upset victory over the more seasoned USSR squad, who'd nabbed the Gold Medal in the previous four Games — this uplifting film tells of a rag-tag group of talented players who coalesce into an unbeatable skating-and-slapshot machine under the leadership of no-nonsense Midwest coach Herb Brooks (Russell).

Despite our knowing the outcome, "Miracle" keeps us riveted right up to the final buzzer, revisiting a glorious moment in the storied history of the Olympics without resorting to all the familiar underdog-team clichés. Russell, assured in his role as Brooks, is ably supported by Patricia Clarkson, as his wise, supportive wife, Patty; Noah Emmerich as assistant coach Craig Patrick; and Eddie Cahill as team leader and goalie Jim Craig. Full of humanity and fun period detail (just check out Kurt's haircut and wardrobe!), "Miracle" scores as a first-rate family film.