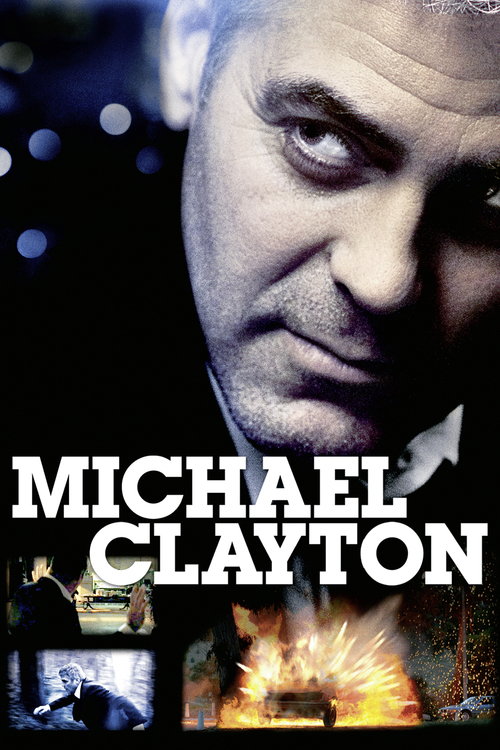 New York City lawyer Michael Clayton (Clooney) is a fixer for a big firm, cleaning up the dirty messes his high-paying clients leave behind, but lately he's been feeling burned out and disillusioned. Things come to a head for Clayton when his guilt-ridden friend, ace lawyer Arthur Edens (Wilkinson), decides to blow the whistle on a corporate client's massive wrongdoing, thereby threatening his career, his sanity, even his life.

One of the thorniest and most celebrated legal thrillers in years, Clayton marks the directorial debut of "Bourne" trilogy screenwriter Gilroy, whose film is distinguished by intelligent dialogue, meticulous pacing, and plenty of riveting tension. A-lister Clooney adopts a quieter, less showy pose as a troubled lawyer torn between his loyalty to firm honcho Pollack and his pal Wilkinson, who gives an astounding performance as an erratic, manic-depressive lawyer at the breaking point. As you'd expect, the no-nonsense Swinton is superb as the offending Client's top lawyer (she won an Oscar for this). Director Gilroy handles all the intrigue and cover-up, then a murder with cold efficiency, but catharsis does arrive in the final scene.