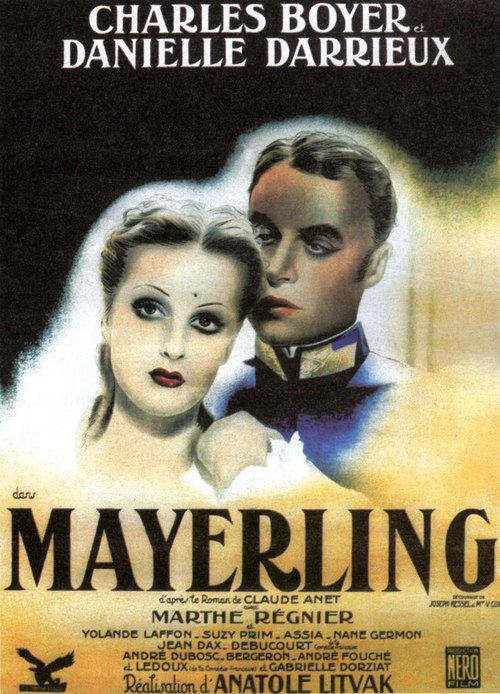 In turbulent, late nineteenth century Vienna, widespread political unrest forces a government crackdown. Meanwhile, the royal family itself is also experiencing turmoil. Archduke Rudolph (Boyer), the handsome heir to the throne, has been trapped in a sterile, arranged marriage when he meets the woman of his dreams, the beautiful Baroness Maria Vetsera (Darrieux). The pair embark on a torrid, illicit affair, but it isn't long before the Emperor's spies reveal their romance, forcing the young lovers to make a terrible, irrevocable decision. Based on true events.

Under Anatole Litvak's expert direction, doomed love on film has rarely been captured to more heartbreaking effect, as a mood of tension and dread builds gradually, almost imperceptibly. All these years later, the film remains a sumptuous visual delight, from its gorgeous cinematography, to its lush period detail, to its grandly choreographed ballroom sequences. Yet the scenery never overwhelms its stars: Boyer and Darrieux are both radiant as the star-crossed lovers whose tragic fate is sealed from the moment they meet. As you watch this vintage classic, it's likely you'll fall headlong for this pair even as they swoon for each other.