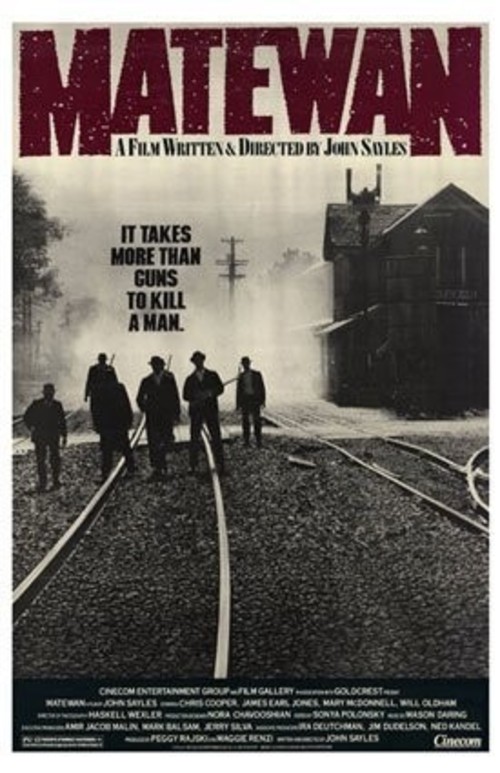 United Mine Workers union rep Joe Kenehan (Cooper) has his hands full organizing a cohesive group in the small West Virginia town of Matewan, as they comprise white, black, and Italian factions unaccustomed to interacting outside the pit. But when the Stone Mountain Coal Company — which owns the stores and homes of its workers — announces a lowering of wages, Joe's message to the Appalachian miners is simple: there is strength in numbers. As the strike begins to spread, the iron-fisted owning interest gears up for a violent, full-fledged showdown.

One of the best films of the 1980s, John Sayles's evocative "Matewan" takes us back to the 1920s, and the primitive, perilous lives of coal miners in West Virginia. Flavorful, meticulous recreation of time and place is enhanced by powerful performances, particularly from Cooper and a majestic James Earl Jones playing a miner called "Few Clothes" Johnson. With legendary lenser Haskell Wexler providing sumptuous visuals, and a cathartic climax involving the bloody, historic shootout that put Matewan on the map, this may well be Sayles's finest hour.