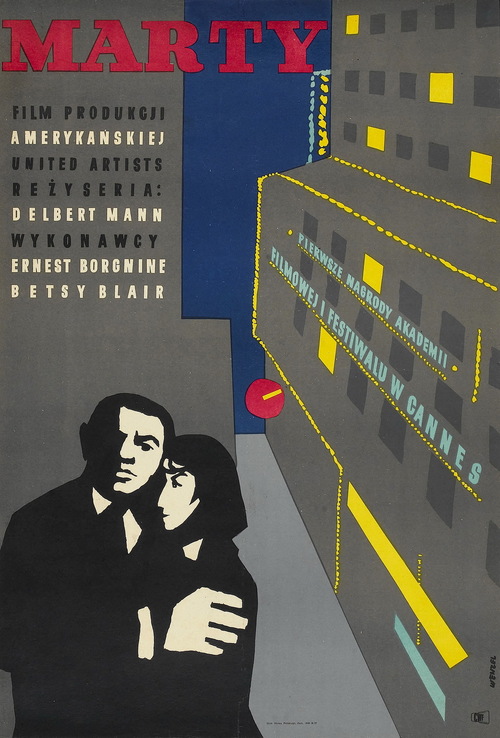 Approaching his middle years, lonely, overweight butcher Marty Pilletti (Borgnine) lives with his mother and has given up on love, until one day he meets plain but warm-hearted schoolteacher Clara (Blair). They begin dating, but Marty becomes conflicted when his mother (Esther Minciotti) and friends seem thrown off-balance by this unlikely romance.

Written by the vastly talented Paddy Chayefsky, who'd go on to script "Network" two decades later, "Marty" is a sweet, perceptive film about two lost souls who finally find each other. Borgnine, a skilled character actor and supporting player, won the Best Actor Oscar in 1955 over several more photogenic leading men, and the film itself— a playhouse gem from television's golden age — won for Best Picture, Director, and Screenplay. A unique and irresistible film romance.