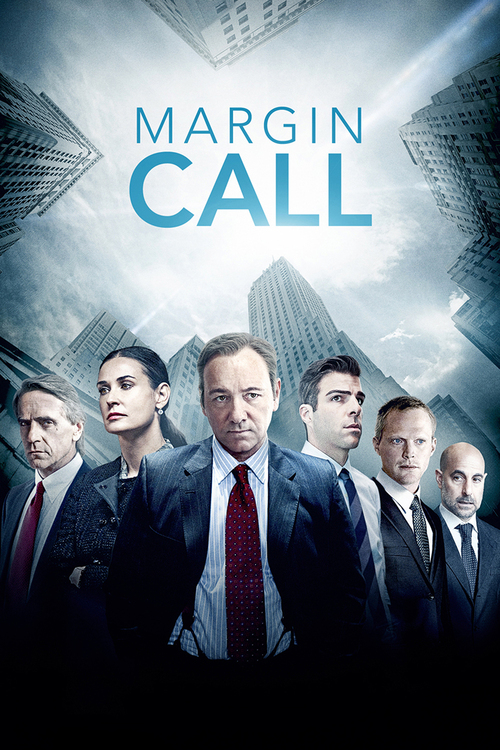 Peter Sullivan (Quinto) is a talented junior analyst at an investment bank in the early days of the 2008 financial crisis. One afternoon, in the wake of massive layoffs, his downsized mentor Eric Dale (Tucci) gives him a USB drive containing potentially devastating information about the firm's holdings. Sullivan alerts his immediate superiors, including Sam Rogers (Spacey); this sets off a chain reaction of high-stakes, all-night meetings, ultimately presided over by the smooth company chairman John Tuld (Irons). As the tension builds, it becomes ominously clear that not only is the company at risk, but the entire global economy as well.

This gripping psychological thriller turns the dense minutiae of high finance into an intense roller coaster ride. The cast is a who's who of seasoned talent, but the movie hangs on the bravura performances of Spacey and Irons (it was a crime neither were nominated for Academy Awards). Spacey elicits sympathy as a company man trying to behave with integrity in the face of ethical conflict, while Irons is deliciously oily as an unscrupulous top dog. First-time director Chandor wrote the taut screenplay, which received an Oscar nod. Make the easy call, and add this extremely intelligent drama to your queue.