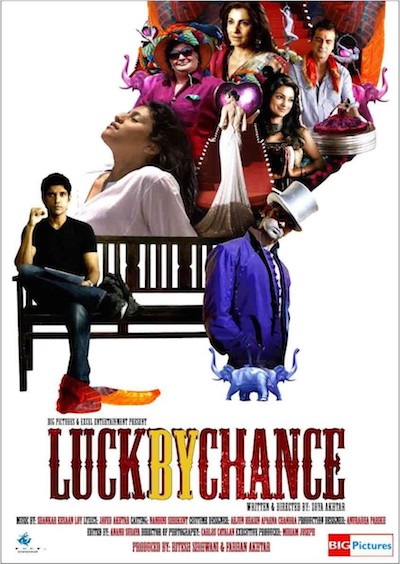 Vikram (Akhtar) comes to Mumbai to make it as an actor in the Hindi Film Industry. He meets Sona (Sharma) a young actress who is still waiting for her big break, promised to her by a sleazy producer (Khan). Vikram and Sona start dating while pursuing their dreams. Vikram manages to win the lead role in a film with the young, beautiful Nikki (Sharvani), the cosseted daughter of former movie star Neena (Kapadia), who now serves as Nikki’s manager. Nikki sets her sights on the dashing, rising Vikram, and our hero is faced with some tough, career-defining decisions.

Zoya Akhtar’s glossy morality tale with a feminist slant manages simultaneously to satirize and celebrate the ways of Bollywood, to highly entertaining effect. Appropriately, Akhtar is herself the child of famed Indian screenwriters and she’s cast her own brother (Akhtar) in the lead role, which makes her parody of nepotistic producers all the more ironic. But Akhtar’s writing is never mean-spirited and she has a clear affection for her subject. Kapadia stands out as the micro-managing stage mom, while Akhtar as Vikram stays sympathetic despite some dubious decisions. Watch out for Aamir Khan and other notable Indian stars in surprising cameos!