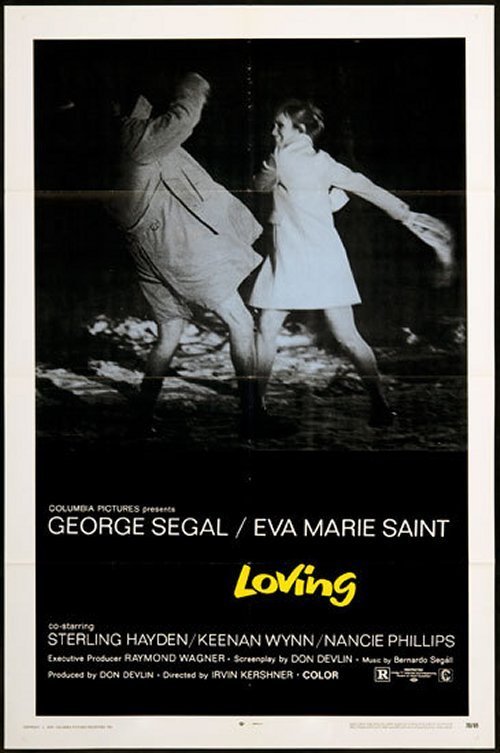 For all intents and purposes, Brooks Wilson (Segal) is living the American dream. He has a smart, beautiful wife (Saint), two loving children, and a burgeoning career as a freelance illustrator. He really does have it all — including, unfortunately, a demanding, tempestuous mistress (Young) who wants more of a commitment from him and makes herself very difficult to refuse. In the throes of a crisis peculiar to many middle-aged men, Wilson contemplates giving up the life he has worked so hard to build for a shot at something more romantic and exciting, yet also infinitely more dangerous.

"Loving" miraculously takes a simple, all-too-familiar story — the inexplicably frustrated man in mid-life crisis — and turns it into a devastating portrait, thanks to screenwriter Don Devlin's sensitive handling of the source novel's biting wit, and a searing turn by star Segal. While director Kershner's sadly overlooked film focuses mainly on the dialogue and intuitive interplay between Brooks and the two women in his life, it doesn't short-shrift notable supporting performances from the likes of Roy Scheider (then a virtual unknown) and Keenan Wynn. Don't miss this biting depiction of angst, depression and resentment in 1970s America.