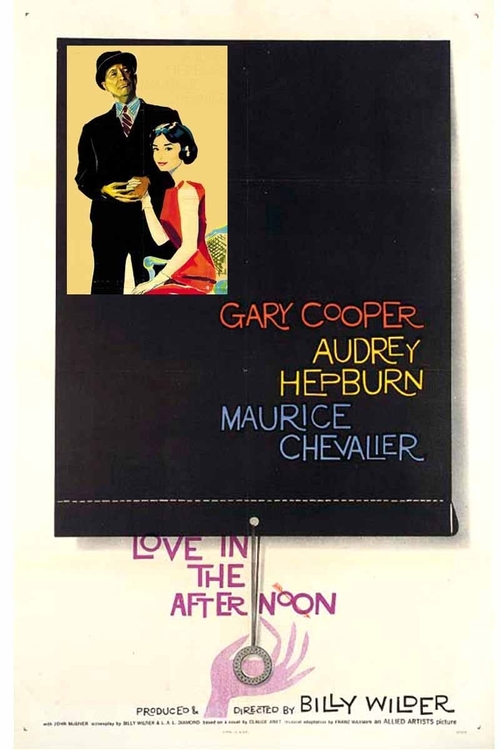 Love in the Afternoon

Hired to trail wealthy American playboy Frank Flannagan (Cooper), private eye Claude Chavasse (Chevalier) finds ample evidence he's having an affair with a married woman, and reports back to his client. When Claude's daughter, starry-eyed waif Ariane (Hepburn), overhears the cuckolded husband tell Claude he's going to settle the matter with a pistol, she rushes off to warn the philandering Frank, only to wind up in his clutches.

This is a delightful outing for Hepburn, who'd already been featured opposite an established, aging Hollywood star in another Wilder film ("Sabrina," with Humphrey Bogart). "Love" is a sophisticated romantic comedy with lots of Gallic joie de vivre that will brighten any rainy day. Chevalier, one of France's biggest stars, is marvelous as Hepburn's protective Dad. And Cooper, even at an advancing age, is charming in the extreme. Don't miss that famous ending at the train station — it's one of Wilder's cutest closers.