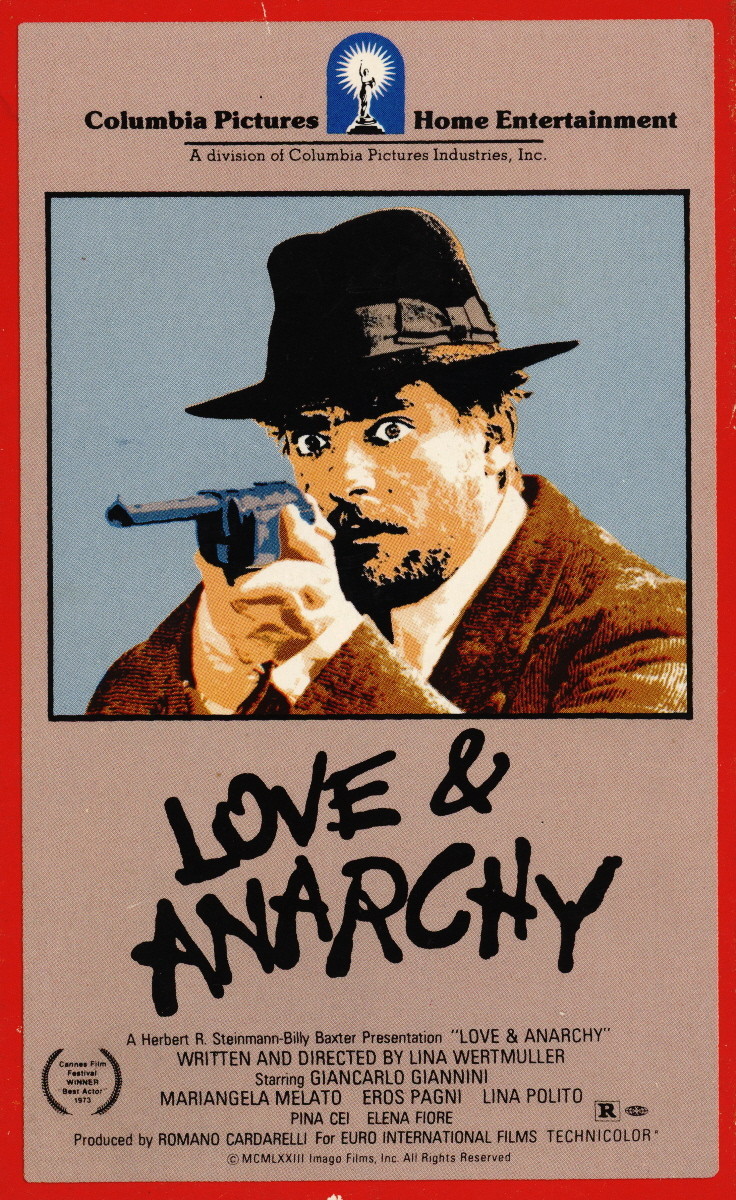 Entrusted with a mission to assassinate Mussolini in 1930s Italy, oddball peasant farmer Tonino (Giannini) takes refuge in a brothel run by Salom (Melato). Though he wishes to complete his task for the anarchist cause and to honor the memory of his slain relative, Tonino falls head over heels for a prostitute named Tripolina (Polito), who has big ideas of her own.

Whoever said love and politics don't mix would have been a great fan of Wertmuller's Fellini-esque "Love and Anarchy," a feverish dramatization of that very principle. As he did many times in films of the 1970s, Giannini makes his character — in this case, the comically pop-eyed innocent, Tonino — a figure of sympathy, albeit a buffoonish one. Wertmuller's ceaseless, always-perceptive study of the mechanisms of power and authority take on a randy cast in "Love and Anarchy," a film every armchair revolutionary should see.