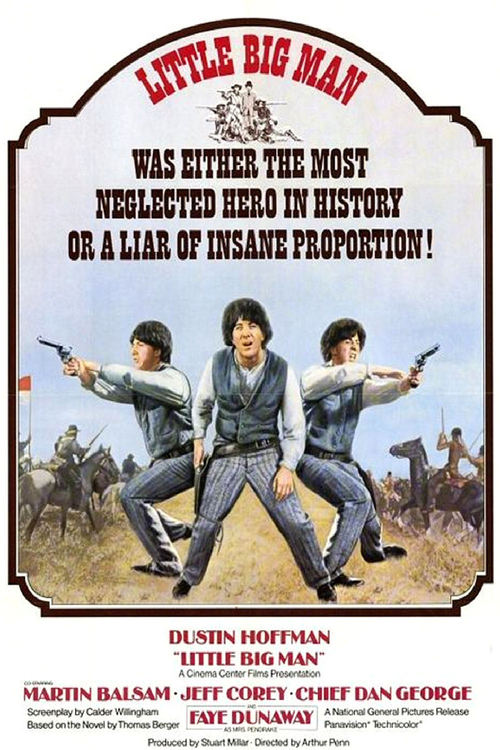 Arthur Penn's incomparable western epic details the (fictional) reminiscences of Jack Crabb (Hoffman), the last remaining survivor of Custer's Last Stand. The expansive story sounds more like the lives of ten men, as Jack gets adopted by Cheyenne Indians, then assimilates to white, and finally goes back and forth between the two races, while encountering Western characters Wild Bill Hickok and of course, General Custer himself.

Part comedy, part stinging commentary on our treatment of the Indians, "Little Big Man" is a dazzling accomplishment, a vivid tapestry of all the opposing qualities that made the old west the basis of so many great movies. In a virtuoso turn, Hoffman plays Crabb from teenager to 121-year-old man, and early on, even gets a bath from a sexually repressed Christian lady (played winningly by Faye Dunaway). Don’t miss this offbeat, tongue-in cheek gem — it’s a Western with a difference.