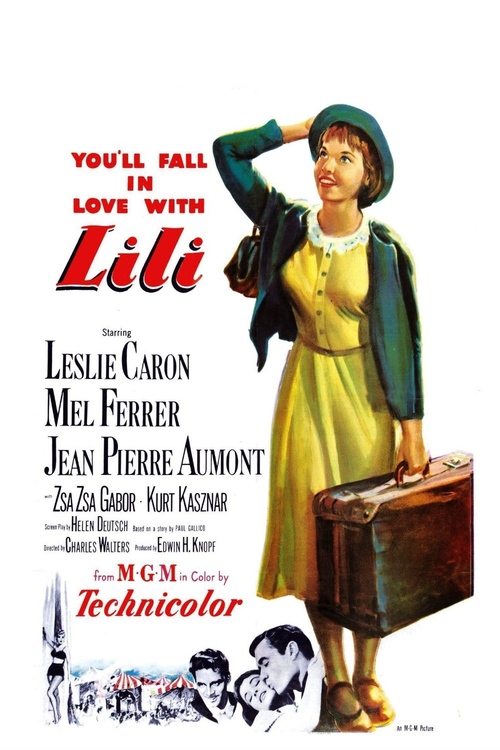 Naïve orphan Lili (Caron) joins the carnival after falling for suave magician Marcus the Magnificent (Aumont). Marcus spurns her attentions, preferring his more womanly assistant Rosalie (Gabor). Heartbroken, she contemplates suicide, but is saved by Paul (Ferrer), the carnival’s shy, crippled puppeteer. Lili then joins his act, which becomes hugely successful. But as Paul inevitably falls for his new partner, he finds he can only communicate his feelings through his puppets. Soon he risks losing the act — and Lili.

Caron’s innocent charm and girlish mien are on full and glorious display in the ever-charming “Lili." (Happily, the ballet-trained star gets to show off her dancing talent as well.) This fable is disarmingly simple, yet the emotions run high: just wait for the scene where Lili bids farewell to her beloved puppets. Co-star Ferrer simmers as the embittered Paul, but his eyes express long-contained sadness and regret. Nominated for six Oscars, “Lili” won for best music. We think it’s a winner across the board!

Lilies of the Field