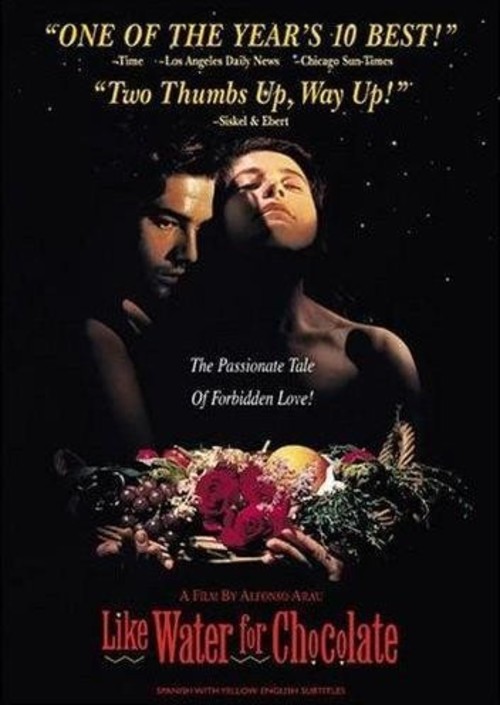 This magical-realist romantic fable from Mexico tells the tale of Tita (Cavazos), the youngest of three daughters, who by family tradition is forbidden from marrying until her evil mother (Regina Torne) dies. Her lover Pedro (Leonardi) misguidedly marries Tita's older sister just to be near her. So the kitchen becomes Tita's refuge and solace, as her almost mystical way with food helps her cope with the ever-present love she is officially denied.

Set during the Mexican Revolution, this sumptuously filmed story of ill-starred romance was based on a novel by Laura Esquivel and is awash in beautiful, surreal imagery. Food is a metaphor for sex and sensuality, as Tita pours her heartache into the lavish dishes she makes, with magical results. Her thankless servitude in the kitchen could be imprisoning, but instead provides an outlet for her fiery spirit. Lush and pungent as a bowl of roasted chilies, this is a movie worth savoring.