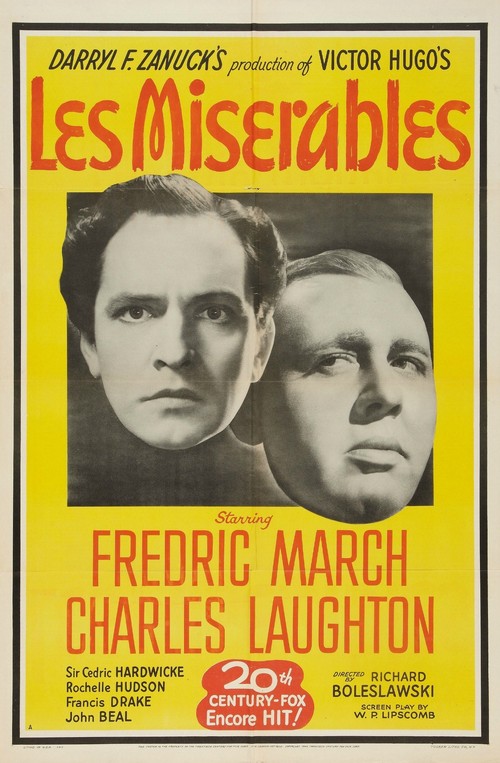 Sentenced to 10 years in the galleys for stealing bread to feed his sister's family, poor Parisian Jean Valjean (March) endures whippings, torture, and abuse at the hands of police chief Javert (Laughton), a man whose god is the law — good, bad, or indifferent. Spurned by society after his release, Valjean, now a marked convict, is moved by the kindness of a bishop (Hardwicke), who helps allay his bitterness. Eventually, Valjean finds his footing in the world, with the knowledge that he will always be on the run from the dogged Javert.

Darryl F. Zanuck's triumphant 1935 production of Victor Hugo's famous novel about poverty, injustice, and the cruelty of France's prison system in the early 19th century still ranks as the first and best of its several adaptations. Star March excels at conveying Valjean's essential humanity, but Laughton steals the show as the wicked, by-the-numbers lawman who has suppressed every ounce of charity in his being. Boleslawski handles the action (including the final riot scenes) with aplomb, and his excellent cast includes the beaming Frances Drake as Valjean's adopted daughter. Lensed by the great Gregg Toland, "Les Miserables" is a superb effort. (For Hugo fanatics, the Cinema Classics Collection DVD edition also includes the 1952 re-make, starring Michael Rennie and Robert Newton). Still, first is best.